The rape complaints in France come as part of a long history of allegations, dating back to 2010. 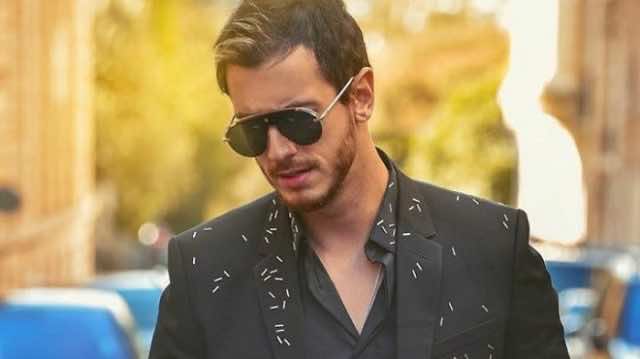 Rabat – Moroccan singer Saad Lamjarred has announced he will release a new album on June 16, amid a slew of legal troubles and sexual assault allegations.

Although his new album will soon be released, the singer announced on his Instagram account that his collaboration with Egyptian singer Mohamed Ramadan will be postponed. Lamjarred announced the delay but did not explain the reasons why.

“It was decided to postpone the duet with my brother, the beloved Arab actor Mohamed Ramadan and me. And we will announce the date of its release as soon as we have finished the recording. I took this opportunity to announce the date of the broadcast of my new song “Njibek”. I hope with all my heart that you will like it,” he wrote on his Instagram account.

The duet was announced just two weeks ago and received a great amount of fanfare, making the postponement even more mysterious.

The singer is currently in Paris, living freely but unable to leave France due to his legal issues.

Young French seasonal worker Laura Prioul filed a rape complaint against Moroccan pop star Saad Lamjarred in October 2017, saying Lamjarred “ruined her life by forcing himself upon her after he had rejected her.”

Police arrested Lamjarred, who then spent six months at the Marriott Champs Elysees in Paris before he was released in April 2018 on bail under electronic surveillance.

Police arrested the singer once again in August 2018 in Saint-Tropez in southeastern France, after another young woman came forward and filed a rape complaint against him.

On September 18, the singer went back to jail after a prosecutor appealed the release and the Aix-en-Provence Court of Appeals’ ruled he should return to jail. The court then released Lamjarred in December.

The rape complaints come as part of a long history of allegations. Lamjarred was first accused back in 2010 in New York, but US prosecutors later dropped the case when the plaintiff withdrew.

The singer has left the Moroccan public divided, with many calling for a boycott of his music on the Moroccan radio. The hashtag #Masaktach (I will not be hushed) went viral on social media, as part of the call on Moroccan radio stations to join the boycott initiative.

However, Lamjarred still has a loyal fanbase. In September 2018, fans launched a petition calling on his former lawyer, Eric Dupond Moretti, to come back and “save Saad’s future.”

“Saad Lamjarred, the Moroccan pop star, needs the help of Maitre Dupond Moretti, to get out of the claws of the trap in which he fell, on behalf of all the fans, we ask you to sign this petition which will be addressed to this illustrious lawyer. Our heartfelt thanks,” wrote the initiator of the petition. The petition was signed by more than a thousand of Lamjarred’s fans.