Moldovian President attempts to further cement his country’s alliance with the U.S. and Israel by moving the Moldovian embassy in Israel from Tel Aviv to Jerusalem.

Rabat – Amid political uncertainty and turmoil in the country, Moldova’s interim president, Pavel Filip, has decided to join the US and Guatemala in moving his country’s Israeli embassy from Tel Aviv to Jerusalem.

Following the announcement of the decision, Filip referred to the move as “a long overdue commitment to support our allies.”

By moving Moldova’s embassy, Filip has set his sights on positioning his country to become a stronger ally to the US and Israel. However, the decision has elicited backlash from both domestic and international sources, with the greatest criticism originating from officials within the Arab League and Palestinian Authority.

The move represents a breakaway from the European consensus as a whole, which regards Tel Aviv as the legitimate capital of Israel, rather than Jerusalem, which has been occupied by Israeli forces since 1967.

Meanwhile, the Palestinian Authority has condemned the decision as “a flagrant violation of international law, international legitimacy and the UN resolutions” and accused Filip of “taking advantage of political uncertainty in his country to gain support from the US and Israel.”

With the rest of the European community remaining relatively supportive of Palestinian liberation – most notably by condemning the expansion of Israeli settlements following the Six Day War in 1967 – the Palestinian Authority has appealed to the EU in the hopes that it will take action against Moldova for violating its international sovereignty.

“The European Union should halt Moldova’s political and economic integration until the latter rescinds its illegal and provocative action and realigns its policy with international law and the collective EU position regarding the Palestinian question,” said Hanan Ashrawi, a member of the Palestinian Liberation Organization Executive Committee. 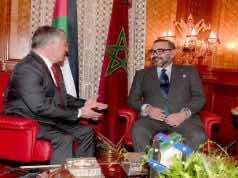