Rabat – The agreements, which strengthen the bilateral legal framework for a multidimensional partnership, were signed by minister of Foreign Affairs and International Cooperation Nasser Bourita, who is on a working visit to Brazil, and his Brazilian counterpart Ernesto Araujo.

The two parties signed an agreement on investment cooperation and facilitation (ACFI), a pioneering legal instrument that Brazil had concluded with countries such as Mexico and Angola.

This agreement, considered the first legal instrument of its kind to link Brazil and an Arab country, provides for the promotion of mutual investment and the implementation of an investment strategy including a range of mechanisms.

In addition, the two ministers inked an agreement for the promotion of cooperation in the fields of defense, research and development, logistical support, military services and the sharing of knowledge and experience in peacekeeping and technology.

Bourita and Araujo also signed a Memorandum of Understanding between the Moroccan Academy of Diplomatic Studies and the Rio Branco Institute.

Under this agreement, both parties undertake to establish a dynamic and sustainable framework for cooperation in the training of young diplomats and the exchange of experience and information in the field of diplomacy and international relations.

The agreement on the transfer of sentenced persons, signed on the occasion of Bourita’s visit to Brazil, provides for the possibility for convicts to serve the remainder of their sentences in their countries of origin in order to facilitate their social reintegration process.

The two parties also inked an agreement on mutual assistance in criminal matters aimed at strengthening judicial cooperation in criminal investigation and prosecution procedures, particularly in the fight against criminal activities such as corruption, money laundering, illicit trafficking in persons, drugs, firearms, ammunition and explosives and terrorism and its financing.

In this context, the two ministers signed an extradition agreement that sets out the parameters to be respected in extradition requests and conditions between Morocco and Brazil. 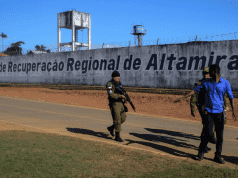