Rabat – Huawei’s founder and CEO Ren Zhengfei has said that the telecommunication company forecast a $30 billion decrease in revenue over the next few years.

The prediction comes in the wake of President Trump’s executive order blacklisting Huawei in the US. The legislation prevents American mobile equipment makers from trading with the tech company. .

“In the next two years, I think we will reduce our capacity, our revenue will be down by about $30 billion compared to the forecast, so our sales revenue this year and next year will be about $100 billion,” Ren Zhengfei said Monday during a panel discussion at Huawei’s headquarters in Shenzhen.

Earlier this year the United States government accused Huawei of using international networks for espionage purposes. So far the evidence behind the accusation has not been made public.

On 15 May 2019, President Trump signed an executive order banning American companies from trading with any foreign telecommunication providers named on a blacklist of companies thought to pose a threat to the US national security.

Read also: Huawei Signs Deal with Russia, Escalating Tensions with the US

To comply with the ban, Google announced that they would no longer provide Huawei with pre-release access to Android software updates. Huawei users in China are already unable to use Google’s various services, such as Gmail, google maps, youtube, etc.

Most recently Facebook group, which owns Instagram and Whatsapp, also announced that Huawei would no longer be authorized to pre-install the group’s applications on their devices.

Despite the US blacklist, Russia’s MTS network operator, however, has announced the signing of a new contract with the Chinese telecommunication company to develop a 5G network over the coming year.

Russia believe that Huawei pose no threat to national security and that the US allegations are false and unjust.

The chief executive of the Russian Direct Investment Fund (RDIF), Kirill Dmitriev, has criticized the US stance, saying that they have failed to provide evidence that Huawei is a security risk. 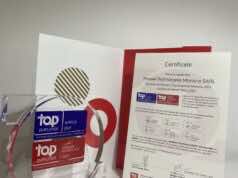 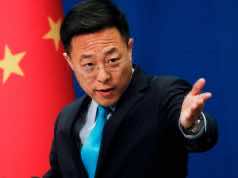 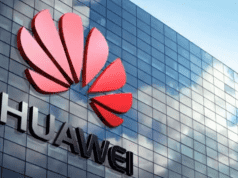