According to Reuters, Morocco has received a total of $4.4 billion from the Arab Fund in the last four decades.

Rabat – On June 19, Morocco signed an agreement with the Arab Fund for Economic and Social Development to borrow 2.27 billion MAD in an effort to boost its infrastructure projects.

Morocco’s Finance minister, Mohamed Benchaaboun, and Abdelkader Amara, the minister for Equipment, Transport, and Water Logistics, as well as the Director of AFESD, Abdlatif Yousef Al-Hamad signed the agreement at the Ministry of Economy and Finance in Rabat.

The agreement is part of Morocco’s plan to develop road and dam projects, reports Reuters.

The minister also added that the loan is a part of the country’s plan to develop the Laayoune highway project which will link northern and southern Morocco.

According to the Treasury and External Finance Department (DTFE), Morocco has received MAD 30.4 billion in foreign funds in 2017, up 35.7% compared to 2016. 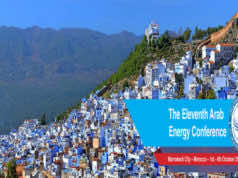