Escalating tensions between Iran and the US nearly came to a head when Trump called for military action against Iran, only to pull back hours later.

By
Sonya Chechik
-
Sonya is a junior at the University of Wisconsin - Madison studying Journalism and Middle Eastern Studies and hopes her work at MWN will be an opportunity to learn about the region first-hand.
Jun 21, 2019
Spread the love

Rabat – After Iran shot down a US drone, Trump approved a response strike against the nation Thursday night, but soon canceled the planned military action.

Top US politicians spent Thursday debating how to respond to Iran downing an unmanned US drone the morning of Thursday, June 20, amid growing concern that the shooting down of the drone and its fallout could lead to a larger conflict in the region.

Trump told reporters Thursday that “Iran made a big mistake” and his “country will not stand for it.”

He ultimately approved a military response strike that was to take place early Friday, June 21, morning to limit the threat to civilians, according to the NYT, which cited senior White House officials.

US planes and ships were already in position when he later called off the strike.

The motivation behind the president’s last minute change of plans is unclear. It is also unclear if the strike will be carried out at a later date.

The Islamic Revolutionary Guard Corps (IRGC) took responsibility for shooting down a US drone on the Iranian coast along the Gulf of Oman.

Tehran claims the drone crossed into Iranian airspace; Washington claims it was an unwarranted attack as the drone was in international airspace.

Both sides say they have strong evidence supporting their argument.

Thursday’s events were the most recent developments in escalating tension between the two nations.

For the past month, Trump has blamed Iran for the explosions of six oil tankers in the region. This occurred alongside Iran’s announcement to break from the 2015 nuclear agreement, which the US pulled out of over a year ago.

Following the drone incident, the US Federal Aviation Administration have barred US airlines from flying over parts of the Gulf region because of heightened political and military tensions. 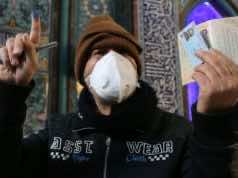 How the COVID-19 Outbreak is Impacting Iran 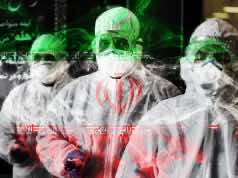 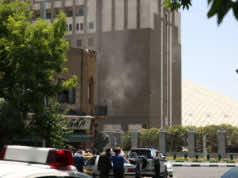