Mawazine is kicking off with a bang tonight across 5 stages. 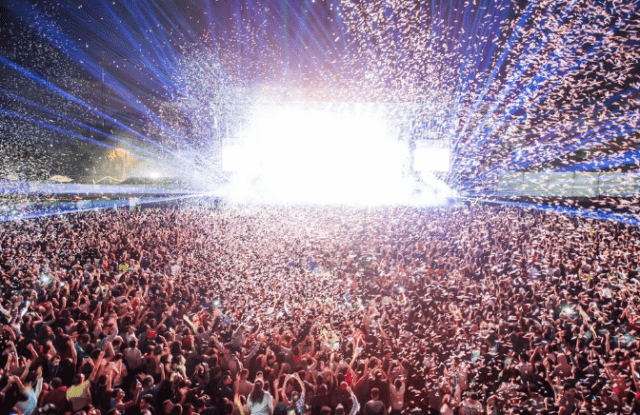 Rabat – Friday, June 21, marks the first day of Rabat’s 18th annual Mawazine Rhythms of the World festival. Here’s a rundown of all the artists from the four corners of the globe kicking off the festival tonight across 5 stages.

The OLM Souissi stage is always home to Mawazine’s biggest international acts and hundreds of thousands of festival-goers. The stage has been home to some of the most iconic names in music, and this year is no exception.

The festival’s opening night will see Spanish singer Rosalia take the stage first at 9:30 pm. Rosalia is best known for taking a modern on urban twist on the age-old style of flamenco.

Since releasing her debut album “Los Angeles” in 2017, Rosalia has garnered unprecedented praise on the global stage. She has collaborated with Pharrell Williams, James Blake, and reggaeton heavyweight J Balvin, as well as being nominated for Best New Artist at the Latin Grammy Awards in 2017.

Next up is aforementioned reggaeton megastar J Balvin. The Colombian-born singer entered the Latin music scene in 2009 and only continues to rise in fame a decade later.

First up tonight at 10:00 pm is Marrakech native Mohamed Reda, a singer representing the new generation of Moroccan music. The singer has 2 studio albums under his belt and has performed dozens of shows both in Morocco and abroad.

Following his performance is Lebanese singer Carole Samaha. This multi-talented artist has released 6 studio albums since beginning her career over 20 years ago and has received a plethora of awards for her work, including the “World Music Award” for best performer from the Middle East.

Sale Stage, showcasing “all the facets of Moroccan music”

Mawazine’s Sale stage, located over the bank of the Bouregreg with a view over the river and Rabat, will gather together Morocco’s musical icons as well as young up and comers. The stage will see a variety of music styles including “Gnawa, Chaabi, Amazigh, rap, rock, and reggae.”

Opening the Sale stage is chaabi singer and Sale native Zahira Rbatia. Rbatia began her musical career in 2002 and has since released 5 albums.

Following her performance, singer-songwriter and violinist Mustapha Bourgogne will take the stage. Bourgogne entered the Moroccan music scene in 1980 with the group Noujoum Bourgogne before deciding to go solo in 1990. 39 years after beginning his career, Bourgogne is still widely considered one of the darlings of Moroccan music.

Bouregreg stage, bringing together “the best of the African music scene”

The Bouregreg stage, set on a paved esplanade with a view over the Kasbah of Oudayas, is offering a chance for “fans of African music meet to dance to the rhythms of the most beautiful sounds of the continent.”

Opening the Bouregreg stage at 10:00 pm is South African band Bantu Continua Uhuru Consciousness (BCUC). The seven-person group mixes the indigenous sounds of their country with funk, hip hop, and rock influences for an eclectic and experimental style, which they describe as “afropsychedelic.”

BCUC are known for their dramatic performances, which move the audience “both physically and emotionally,” meaning tonight’s performance at Bouregreg will be unmissable.

The Mohammed VI National Theatre “will again give the stage to the stars of the Arab world and international celebrities,” this Mawazine.

Opening the festival is the Andalusian Flamenco Ballet. The dance company has been the Andalusian government’s official flamenco ambassador for 20 years and has brought the best of flamenco to stages across the globe.

The group has also been home to some of the most influential figures in Spanish dance, including Israel Galván, Isabel Bayón, Rafael Campallo, Belén Maya, Patricia Guerrero, and Rafaela Carrasco, among others.

Mawazine will take place from June 21 to June 29 and is organized by Maroc Cultures under the patronage of King Mohammed VI. Having drawn over 2.5 million attendees in recent years, Mawazine is the second largest music festival in the world, after Donauinselfest in Vienna, and the largest festival in Africa.

Read also: Facebook Announces Partnership With Mawazine for 2nd Year in a Row