For many, Morsi’s death was the final straw in the military’s strangling of Egypt’s democratic aspirations. 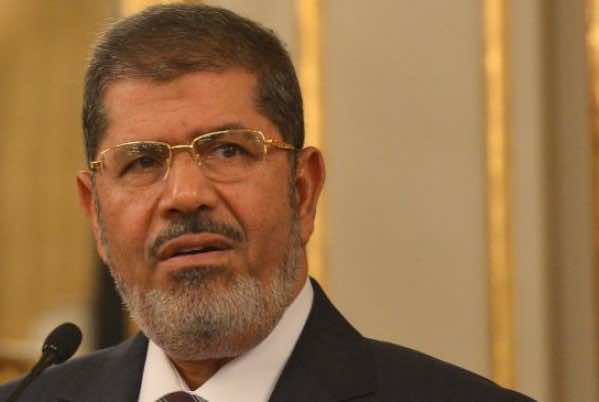 Rabat – Abdullah, a son of the late former Egyptian president Mohamed Morsi, is pointing fingers at President el-Sisi and a number of senior Egyptian officials in the death of his father.

Abdullah said on Twitter on Monday that his father did not die of a natural death. Instead, he said, Morsi was “murdered” by Egyptian authorities.

Morsi collapsed in a Cairo courtroom on Monday, where he was facing espionage charges.

Since 2013, when his then defense minister and current president, Abdel Fattah el-Sisi, stepped in to overthrow Egypt’s first and only democratically elected government, Morsi had been detained in conditions that critics and man international organizations decried as “arbitrary” and “politically motivated.”

Elected to power in 2012 after what was back then considered a successful Arab Spring ousted the dictator Hosni Mubarak, Morsi embodied the hopes and aspirations of a post-Spring Egypt with the dream of consolidating the country’s hard-fought democracy.

But his appeal quickly dimmed after a year in power, with critics reproaching him his extremely Islamist and anti-secularist agenda.
Morsi was left to solitary confinement after the coup d’état that saw President Sisi depose him. His supporters repeatedly denounced the “inhumane” treatment he faced while in detention.

He also pointed fingers at judges Shirin Fahmy, Shaaban al-Shami and Ahmed Sabry, as well as Attorney General Nabil Sadek and the head of the Egyptian intelligence, Abbas Kamel Abdalah. He said these officials were the “partners” of President of el-Sisi “in killing the martyr president.”

Abdalah is not alone in accusing President el-Sisi as the primary culprit in the “murder” of his father.

In Turkey, where the ruling Justice and Development Party (AKP) has remained an outspoken ally of the Muslim Brotherhood, Morsi’s political and ideological family which has since been outlawed in Egypt, there was a strong perception of political murder after news emerged of Morsi’s death.

“Mohamed Morsi flailed on the courtroom floor for 20 minutes and the authorities did not help him. This is why I say Morsi did not die, he was murdered,” Turkey’s President Recep Tayyip Erdogan said at a mournful AKP rally on Wednesday in Istanbul. “We, as Turkey, will follow this issue and do everything possible for Egypt to be tried in international courts for Morsi’s death.”

At the global level, while there appeared to be an overwhelming consensus that Morsi’s trial and years of tribulations in an Egyptian prison were politically motivated, his political legacy has remained a contentious topic.

Supporters have come out en masse to describe him as a “martyr” and the undeniable icon of Egypt’s short-lived democratic experience. Others, sounding more neutral, have pointed out that he was at the same time the quintessence of “the hope and flaws of Egypt’s revolution.”

Meanwhile, despite the diverging assessments of Morsi’s short-lived presidency, there remains a deep sense that his demise was the denouement in Egypt’s current regime’s determination to kill of any democratic aspirations. “To remember Morsi, then,” the Brookings Institution’s Shadi Hamid recently wrote, “is to remember what was lost.”