Besides the lack of investment in human capital, Morocco is also experiencing a decline in social capital. 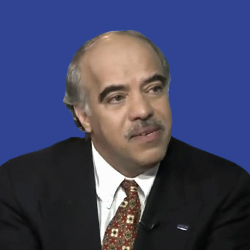 Washington D.C – In March, I gave a series of lectures at seven Moroccan universities. The lectures mainly focused on three principal topics: “Trumpism as a Political Philosophy and its Impact on Contemporary International Relations” (presented at universities in Rabat [Souissi and Agdal], Casablanca, Tangier, Oujda, and Fez), “The dialectical Relationship between University, Development, and Democracy” at Chouaib Doukkali University in El Jadida, and “The Future of Islamists in the Arab Region: The Lessons learned from the so-called Arab Spring” at the Moroccan Center for Studies and Modern Research in Rabat.

During this tour, I unfortunately did not have enough time to visit other universities, and apologize to my fellow professors and students in Marrakech, Agadir, Kenitra, and Settat for postponing the visit.

I did have the chance however to engage in discussions with a considerable number of deans, professors, researchers, and students on a range of issues related to scientific research and the challenges facing higher education in Morocco, a country that finds itself debating a century-old question: whether to make Arabic, French, or English the primary language of instruction in the education system.

Should university curricula be written in the most widely spoken language in the country, Moroccan Arabic? Or should Moroccan universities choose between retaining colonial French as the language of academia, or letting English, an increasingly dominant global language and lingua franca of social and natural sciences, take its place? The questions that are perhaps missing from the debate are: what do Moroccans want and foresee from their education system, and what is expected from students and graduates of Moroccan universities in 2020, not to mention 2030 or 2040?

A professor at the Faculty of Law at the Souissi University in Rabat recently shared with me a photo of the oldest degree in human and veterinary medicine, which was awarded to Abdullah bin Saleh El Kattami by the University of Qarawiyyin in Fez 712 years ago, during the Almohad era.

Seeing the photo filled me with a perplexing mixture of feelings. At once, I felt a huge amount of pride for what was a brilliant era in Moroccan history and for the impact this era had on the rest of the world; but, I also felt frustrated about how much the state of academia in Morocco has since deteriorated.

The transformation from the peak of academic excellence in the Kingdom in the 13th century, to the hugely weakened state of modern academia in the 21st century is stark.

The two eras represent distinctly different moments in Moroccan history: one was a period of cultural prosperity and exchange of scholarly knowledge, and the other has come to reflect a decline in academic excellence and innovation, which has in turn had detrimental repercussions on healthcare, justice, and even politics.

Over the course of the past two years, I have become more and more frustrated and disillusioned by an increasing sense of stagnation in Morocco. I left the country troubled by the state of the Moroccan university system, which I have always considered a crucial step in the formation of the next generation of scientists, thinkers, and reformers, and a real opportunity for Morocco to develop and achieve its aspirations regionally and internationally.

However, Moroccan universities today are overburdened by a seemingly endless series of intellectual, methodological, and structural dilemmas. In particular, they are plagued by prevalent corruption and ethical degradation in a place that is meant to embody integrity and moral responsibility.

In the years that followed Morocco’s independence from French colonialism in 1956, Moroccan higher education was driven by a sense of national pride and commitment to the country. Universities contributed to the modernization of the country, produced new ideas and strategies, and vocally criticized any attempts made by the government to manipulate knowledge.

Read Also: Al Qarawiyyin of Fez: The Oldest University in the World

In more recent times however, rather than competing to publish the best book or most important study, or just succeed academically, measures of success for the majority of professors and deans is valued by the worth of their real estate or the type of the car they own; and they insist on students buying copies of their books or academic texts.

Nonetheless, more than 55 percent of Moroccan university professors have not published a single line in their entire career, with seemingly little interest in the commonplace phrase in the world of academia, “Publish or perish,” which refers to the pressure faced by academics to continuously publish works to further their career.

Most Moroccan Universities are corrupted by “knowledge brokers” who accept students onto Master’s and PhD programs in exchange for bribes of around MAD 20,000 ($2,105) or MAD 40,000 ($4,210) respectively.

The amount of the bribe is subject to the law of supply and demand. In addition, there is a black market for Master’s and PhD research papers. Some professors are even ready and willing to write research papers for their Gulf students in exchange for the highest price.

Some professors that I met with said that even government officials paid large bribes for degrees in the field of security and strategy studies in a bid to get promoted to positions of higher responsibility; their desire to further their career far outweighing their desire to improve their intellectual skills or scientific knowledge.

Universities have become a surreal place where hundreds of PhD students have obtained degrees that do not reflect their actual academic or methodological capabilities.

During my tour, I was at a university where the number of students enrolled in PhD programs in just one school was around 1,000. Although of course most of these students were there on their own merit, doubtless, the increasingly murky politics of the world of academia means that a proportion of them entered under morally ambiguous circumstances.

Sadly, sexual harassment also plagues universities, with female students resisting or tolerating abuses of power until they hold the title of ‘Doctor’ or ‘Professor.’ Moreover, the corruption that is rife in Moroccan universities determines who gets to be a professor; professorships are often granted to those who can offer the highest price.

Unfortunately, corruption is not limited to academia, and can be found across Moroccan society.

Following increased rates of crime and violence, and reduced rates of civic participation, Moroccan society has become characterized by mistrust and hopelessness. Most Moroccans do not have faith in their country anymore. 91 percent of young people aged between 25 and 34 years old are keen to move abroad for a better quality of life.

The deepening chasm between the people, the state, political parties, and public institutions, has been caused by this growing mistrust of the current political structure.

‘Official’ rhetoric does not resemble the daily reality of most Moroccans and positive slogans and ambitious development plans feel hollow for people, for whom corruption and success through nepotism feel much more familiar. With people achieving success using connections and money and often bypassing the law to do so, it is unsurprising that Moroccans feel like there are some who are above the law and others who are very much subjected to it.

There are doubtless huge strides being made in terms of the improvement of infrastructure in Morocco.

The push for urbanization has involved numerous ongoing construction projects, the creation and development of highways and the high-sped ‘Al-Boraq’ train, and the improvement of airports and train stations. Nevertheless, there is a strategic question: why is the government spending all of its resources on buildings and projects but not investing in its people?

For instance, the lack of investment in human capital manifests itself most clearly in the limited employment opportunities for an entire generation of people; but, also the undermined rights and reduced financial security of public sector employees i.e. the “contract teachers” who have been protesting in previous months over their mistreatment.

Besides the lack of investment in human capital, Morocco is also experiencing a decline in social capital. During the 1980s, a number of countries (namely Spain, Turkey, and South Korea) experienced a similar trend to the one that Morocco is currently experiencing.

But unlike these countries, which believed in the potential of future generations and their dreams and ambitions, and adopted policies of accountability, thus achieving both human and infrastructure development, Morocco does not seem on track to doing the same.

When are we going to build the ‘Al-Boraq’ that will take us to a renewed golden era of Moroccan academic excellence?

Dr. Mohammed Cherkaoui is professor of Conflict Resolution at George Mason University in Washington and senior fellow at Al Jazeera Center for Studies.