The report also highlights some of the challenges which Christians and Christian converts face from non- Christian family and friends.

Rabat – The US State Department released its 2018 report on religious freedom. The report cites Morocco’s efforts in promoting peace and interfaith dialogue between all citizens of the three Abrahamic religions.

Coexistence and interfaith dialogue aim to promote tolerance among all religions for unity and prosperity.

The report starts by outlining how the Moroccan constitution guarantees all citizens the freedom to “practice” their religious affairs.

The report also explores the challenges that face religious minorities in the North African country whose constitution stipulates that Islam is the religion of the state.

The US State Department quotes Christian citizens, community leaders, and activists who claimed that they face pressure from “non-Christian family and friends to convert to Islam or renounce their Christian faith.”

Constitutionally, Morocco only recognizes Sunni Islam and Judaismas native religions. Moroccan law does not tolerate conversion to Christianity from Islam.

The US religious freedom report emphasizes that Morocco’s law “penalizes anyone who ‘employs enticements to undermine the faith’ or convert a Muslim to another faith.”

Conversion to  Christianity is criminalized within Moroccan law. Those charged face a sentence ranging between six months to three years in prison, in addition to fine of MAD 200 to 500 ($21 to $52).

The law also  provides the right to try in court suspects accused of incitement to undermine someone’s faith.

“Voluntary conversion is not a crime under the law,” says the report, adding that the law “permits the government to expel summarily any noncitizen resident it determines to be ‘a threat to public order,’ and the government has used this clause on occasion to expel foreigners suspected of proselytizing.”

“The Ministry of Endowments and Islamic Affairs (MEIA) continued to guide and monitor the content of sermons in mosques, Islamic religious education, and the dissemination of Islamic religious material by broadcast media, actions it said were intended to combat violent extremism,” according to the report.

A global and regional counterterrorism leader, Morocco has been involved in several international bodies to fight extremism and religion-based violence.

Morocco has continued to prove its commitment towards peace and prosperity among all citizens of every faith.

The US report recalls King Mohammed VI’s speeches  in which the monarch emphasized his approach of coexistence between all religions in Morocco.

The State Department’s report highlights King Mohammed VI’s speech during the second International Conference on Intercultural and Interfaith Dialogue, held in Fez from September 10 to 12, 2018.

“King Mohammed VI delivered remarks underscoring the tradition of coexistence in Morocco between Muslims and Jews and openness to other religions,” according to the report.

“My country is sending a strong signal, reflecting its determination to set off a new dynamic – one that would enable us to pave the way, together, for innovative pathways to ensure respect for cultural and religious diversity as well as a common commitment to the virtues of dialogue and respect for others,” King Mohammed VI said in his speech.

The US department reports that there are currently a significant number of Jews and Christians living in Morocco.

The Moroccan Association of Human Rights Report for 2017-2018, however estimates that there are 25,000 Christians across the country.

The report also quotes Moroccan Shia Muslim leaders, emphasizing that there are an estimated 1,000 to 2,000 foreign-resident Shia from Lebanon, Syria, and Iraq.

Shia citizens claim that they face pressure from the government, according to the report.

The text recalls how the Moroccan government allows  Jewish and Christian schools, run by private institutions, the choice to either include or exclude Sunni Islam, or even to entirely exclude religious instruction. It also explains that private Jewish schools may teach Judaism.

The report also comments on the signing of a cooperation in May 2018 between the Archives of Morocco and the US Holocaust Memorial Museum (USHMM) to facilitate the sharing of documentation on Jewish history in Morocco.

The US Statement Department makes mention of King Mohammed VI’s message to the UN roundtable on the “Power of Education in Preventing Racism and Discrimination: The Case of Anti-Semitism” held on September 26, 2018.

“Anti-semitism is the antithesis of freedom of expression. It implies a denial of the other and is an admission of failure, inadequacy and an inability to coexist,” said King Mohammed VI. 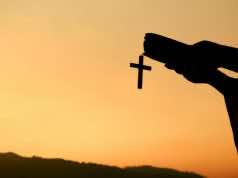