A young Moroccan man stood trial, Monday 24, for sextortion of more than 500 foreigners. By
Kawtar Ennaji
-
Kawtar Ennaji is a journalist and translator at Morocco World News, MA holder from King Fahd School of Translation
Jun 25, 2019
Spread the love

The young man was able to successfully entrap more than 500 victims, mostly foreigners.

“The young man’s trick was to film his victims in indecent positions via webcam and video calls, before blackmailing them,” according to Assabah newspaper.

The accused, who was arrested Saturday June 22 by the judicial police of El Jadida, was targeting foreigners from the Gulf, Qatar, Saudi Arabia, Bahrain, Kuwait, Jordan and other countries such as Italy, Great Britain, and Hong Kong.

Although based in El Jadida, he gave addresses located in Oued Zem to collect the money transfers from his victims. The blackmail victims paid out of fear of seeing their sexual videos published on social media.

The accused was able to collect more than MAD 1 million. His trick was to play “a wise girl” who  “collected information about the victim, before reaching eroticism.”

More than 500 compromising videos of his victims were allegedly found on his computer, which was seized on the day of his arrest.

The police carried out the arrest after a Gulf businessman had learned that one of his friends in Saudi Arabia had been blackmailed by a young Moroccan.

Once the complaint was filed, the police were able to locate the scamer’s point of access to the web in Oued Zem, specifically in the neighbourhood Lokréa where they carried out the arrest. 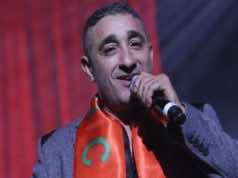