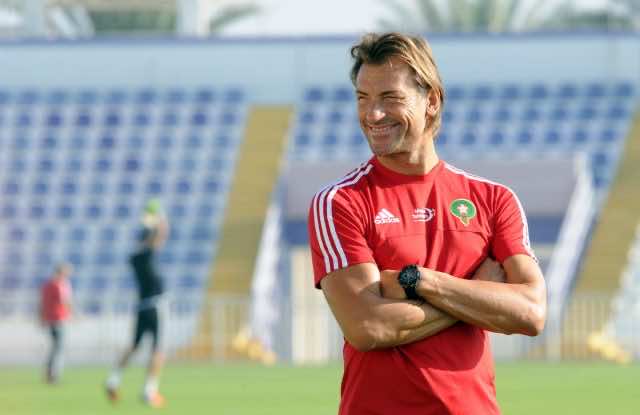 Rabat – Herve Renard, the head coach of Morocco’s national football team is confident that his squad can do the unthinkable in the decisive game against South Africa on Monday, July 1.

In a pre-match conference, Renard admitted that today’s game will be “very difficult.”

“We must win and maintain the good level of play developed since the start of CAN,” Renard said.

He acknowledged that the South African team also needs the win to”preserve their chances of going to the 16 round.”

The head coach added that Morocco’s goal now is to finish first in the group to qualify and “aim for little afterwards. This will only happen through hard work and focus.”

Renard added that he will make some changes on training due to the “importance and nature of the game.”

“The two teams are totally different and each of them has their own style of play,” he said.

The coach added that his squad will focus on the achievements they made during the first two matches against Cote d’Ivoire and Namibia.

“We have to exploit them,” he said.

Morocco’s team qualified for the second 16 round after an astonishing performance on Friday, June 28 against Ivory Coast.

Morocco’s team tops Group D with six points after two wins during the first round.

After Friday’s win Moroccan fans, who traveled to Egypt to cheer on their squad took to the street to celebrate the win with other fans from different nationalities, including Algerian football supporters.

One of the fans said: “Moroccans and Algerians are brothers. One, two, three viva [long live] Morocco and Algeria.

Renard and his squad thanked fans for their encouragement, promising them even better performances in the team’s upcoming matches.

Renard said on his Instagram: “Congratulations to players & all fans who support us .. the road is still long!”