The Mohammed VI Foundation for the Environment has launched its 2019 beach cleaning campaign, under the hashtag “#b7arblaplastic” (“#beacheswithoutplastic”).

Rabat – The campaign aims to raise awareness in Morocco of the importance of fighting against plastic pollution.

Over 100 beaches will benefit from the program, the Foundation announced in a press release.

The hashtag, shared by organizations like World Wide Nature Fund Morocco (WWF) and national television station 2M, is designed to  raise awareness for the campaign.

“63 local bodies (regions, prefectures, provinces) […], 27 economic partners and over 100 local associations will be mobilized over three months to raise awareness and educate summer holiday-goers, to supervise the quality of seawater and sand, to equip beaches, to ensure safety and to ensure rules and regulations are respected,” the Foundation added.

The campaign will be launched in three phases. The first phase “All together for 10 less tons of plastic waste per beach,” will be carried out over the summer months. Each targeted beach will be paired with an organization that will be responsible for carrying out activities to promote clean beaches.

The second phase of the campaign will advocate for beach-goers to spend an entire day at the beach without using any plastic bags.

The third phase will involve a campaign around World Clean Up Day, an annual international  waste collection day taking place on September 21.

“[…] The Mohammed VI Foundation for the Protection of the Environment wants […] Moroccan citizens to become conscious of reducing the waste that is so detrimental to the environment, and to become conscious of the fact biodiversity depends in great part on them. Using less plastic, buying less products packaged in plastic, picking up your own rubbish, these are all simple acts that contribute to preserving the nature that we depend on,” adds the press release.

Morocco’s beaches are an integral part of its local and international tourism strategy. Keeping beaches clean is a challenge the Foundation has been engaged in for over 20 years.

The ban on plastic bags

In a bid to reduce single-use plastic products, a culprit of ocean pollution, Morocco introduced a law in July 2016 banning the production, import, sale and distribution of plastic bags across the country. Morocco has taken steps to enforce this law.

The Moroccan courts made 757 judgments with fines of MAD 5 million, he added at a press briefing in January of this year, following an amendment to the enforcement provisions of the law. 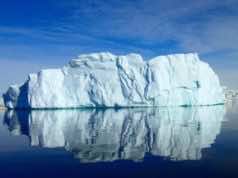 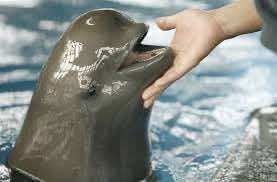