The chair of the seminar praised Morocco’s Autonomy Plan, calling it the only solution to the ongoing conflict over Western Sahara.

By
Kawtar Ennaji
-
Kawtar Ennaji is a journalist and translator at Morocco World News, MA holder from King Fahd School of Translation
Jul 2, 2019
Spread the love

Rabat – The Permanent Mission of Morocco to the United Nations (UN) organized an international seminar on “Territorial autonomy: means of political settlement of conflicts.” The seminar was held on Monday, July 1, at the United Nations headquarters in New York.

With the participation of a number of world-renowned experts, researchers and academics, the meeting was an opportunity to discuss Morocco’s Autonomy Plan for Western Sahara.

The seminar considered Morocco’s strategy as a means of conflict resolution by comparing it to other autonomous regions in the world. Morocco’s Autonomy Plan proposes that Western Sahara become an autonomous department of Morocco, part of the Moroccan territory but with devolved government.

The seminar was chaired by Marc Finaud, Senior Adviser at the Think Tank “Center for Security Policy in Geneva,” who spoke about the provisions and distinguishing aspects of Morocco’s Autonomy Plan for Western Sahara.

He also stressed that the Moroccan Autonomy Plan “has responded, since 2004, to the United Nations Security Council calls to the parties and States of the region to continue to cooperate fully with the United Nations in order to end the current impasse and move towards a political solution.”

Finaud further pointed out that “this plan clearly offers a solution, which the Security Council has (…) regularly described as serious and credible, to a conflict that has been dragging on since 1975.”

Additionally, Miguel González Perez, a professor at York University in Toronto, Canada, and a specialist in Latin America, spoke about the various systems of autonomy and methods of self-governance.

He said that the experience of self-governance of indigenous peoples in these countries can be a model to be followed by other regions with indigenous populations.

Thomas Benedikter, President of the European Academy in Bolsano, Italy, and expert on the South Tyrol conflict between Italy and Austria stressed the need to respect four fundamental criteria to speak of a modern system of democratic autonomy.

The criteria include a rule of law, an effective democracy with free and fair elections at regional and national levels, the actual transfer of a significant number of legislative powers to the autonomous entity, and the equality of the fundamental political and civil rights of all citizens lawfully resident in the autonomous territory.

“Today, after 43 years of conflict, the Moroccan Autonomy Plan could establish a modern system of territorial autonomy based on a democratic state built on the rule of law, as well as a certain degree of decentralization of power in the state in general,” he concluded.

The seminar comes as more and more countries are standing in support of Morocco’s plan. Brazil and El Salvador have recently declared their support for Morocco’s territorial integrity, while a group of countries recently issued an official statement to the Human Rights Council in support of the Autonomy plan. 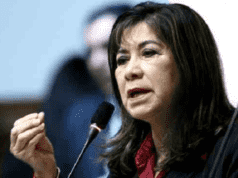