The world painstakingly held its breath when the IRGC downed the sophisticated American drone. The RQ-4A Global Hawk, with a price tag of US$ 110 million, was shot down by an equally sophisticated Iranian surface-to-air missile Khordad-3 with a range of 75 kilometers in the Persian Gulf.

Rabat – Immediately, observers feared American retaliation and ultimately the beginning of yet another unfortunate and deadly cycle of Middle Eastern violence which would create so much havoc in an already unstable region.

Further conflict would disrupt oil routes, pushing prices up and causing chaos in the Gulf region, as well as possibly in Israel if proxies got involved in the fighting. While the Americans argued that the drone was shot down while in international airspace, the Russians contradicted Trump’s administration by saying the downed US drone was in Iranian airspace as did the Iranians.

Nick Paton Walsh argues, in an analysis for CNN, that the incident shows a war with Iran is not going to be an easy task or a basic “cakewalk:”

“While America’s military is by no means threatened in the long term by Iran, instances like the downing of the drone show that Tehran can sometimes have an outsized effect with narrowly-focused efforts, and is an adversary certainly capable of keeping its opponents off balance. The US would win any conventional conflict in the short term, but should be wary that Iranian ingenuity (or deviousness, if you’re in Washington) will stop any conflict from being a “cakewalk.”

Once the dust cleared, it turns out that the military capabilities of Iran are quite formidable and that it has the strength and the might to take on the US, Israel and their Arab allies. In this regard, Farnaz Fassihi and David D. Kikpatrick pointed out that IRGC exulted in the downing of the American drone with a feast and a prayer:

“Seated on the floor of a villa in northeast Tehran around a tablecloth spread with platters of saffron chicken and rice with barberries, about 30 officials of Iran’s Islamic Revolutionary Guards Corps and guests gathered Thursday night for a prayerful celebration.

“A special blessing for the commander who ordered the attack on the American drone and for the fighters who carried it out,” a preacher declared, as recalled by one of the guests present, who said a raucous chorus of “amen” arose from the room.

Their success earlier that day at shooting down an unmanned American Global Hawk surveillance drone (list price $131 million) surprised even some leaders of the Revolutionary Guards. They had wondered themselves whether they could hit an American target so high in the sky, according to the guest.”

Mere minutes before the American retaliatory strike, Trump called off the military operation on the grounds that it was not proportionate because it was going to lead to the death of 150 people when the Americans lost only an unmanned aircraft. One wonders, however, if Trump is putting world peace first instead of America, or has he taken such a hard and painful decision, for his pride and ego, with of other unrevealed motives?

….On Monday they shot down an unmanned drone flying in International Waters. We were cocked & loaded to retaliate last night on 3 different sights when I asked, how many will die. 150 people, sir, was the answer from a General. 10 minutes before the strike I stopped it, not….

….proportionate to shooting down an unmanned drone. I am in no hurry, our Military is rebuilt, new, and ready to go, by far the best in the world. Sanctions are biting & more added last night. Iran can NEVER have Nuclear Weapons, not against the USA, and not against the WORLD!

Trump’s tweets on the retaliatory strike

An American war with Iran, supported by Israel and the Gulf States, would probably weaken this country but not destroy it. Iran would rely on its strategic depth and on the Revolutionary Guards to sustain the regime, and an injured Iran would be deadly for the region, in the long run. Consequently, Israel and the Gulf States would have to live in fear of retaliation. Besides, a weakened Iran would, at all costs, want to develop a nuclear capability to defend itself in an adverse environment and nobody would be able to stop it, worse, its drive would look quite legitimate.

An all-out war of the US on Iran would ultimately mean an all-out war of proxies; allies of America in the region. Hezbollah and Hamas would strike, with might, the Jewish State, creating untold chaos across the country. The Houthis would target Saudi Arabia successfully with missiles and drones, and they have proved recently that they can achieve that with much success. The Shiites of Iraq would strike Bahrain and Kuwait, if need be, and the whole region would be in total upheaval, the tremors of probably having a worldwide effect.

So far Iran has not resorted to using a network of terrorism but in the case of an American aggression, supported Israel and Gulf allies, it would instruct its own sleeping organizations, worldwide, to step into action and undertake terrorist actions against American, Gulf, and Israeli interests. Worse, ISIS and Al-Qaeda would join the fray and cause as much trouble as possible and the whole world would become a war zone,  not only the Mideast.

Motive 4: Push Iran into the arms of Russia and China

An American war on Iran would further push the latter to align itself with Russia and China, as well as other eastern countries who are unhappy with Trump’s world policies. This potential coalition could, in the future, found a front to counter America’s arrogance and expansionism.

Motive 5: Avoid war when America is gearing up to 2020

Calculating Trump would not want to commit America to another global war in the Middle East, which he could only win with thousands of troops on the ground.

Deploying troops and suffering high casualties during an election year is synonymous of political suicide.

This possible war would be a gift on a silver platter to the Democrats in the presidential elections, and Trump is clever enough not to offer them this golden opportunity to oust him.

Having said that, one can say that Trump is not a sensible world leader, but a calculating president who does not want to venture into the wild in spite of the pressure of hawkish Bolton and Pompeo.

So what is going to happen next?

Trump will continue increasing diplomatic and financial pressure through ineffectual sanctions on Iran in the hope of bringing the officials to the negotiating table.

However, it is more likely that this approach will lead to failure, as it did with North Korea, and surely the Democrats will use this in the upcoming elections of 2020 which might be a probable cause of Trump’s failure in his reelection bid.

Undoubtedly, Iran is the winner of the present face off and the psychological effect of this will embolden the country to move forward in acquiring nuclear weapons in the next few years and, in the face of this, Trump will come out as a mere paper tiger. 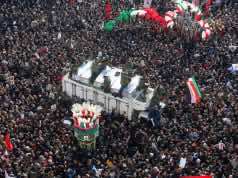 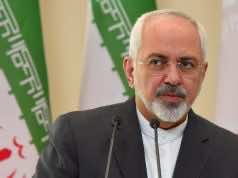