Morocco World News
Home Culture 4th of July; the Founding Fathers and the Challenge of Islam

Muslims have been an integral part of the United States since the country’s birth; an aspect of the declaration’s history often overlooked in modern American culture.

Rabat – Upon the declaration of the US independence on July 4, 1776 two of the first three states to acknowledge the country’s sovereignty and freedom were Muslim, zealously supporting America’s notion that freedom lies in being fearless.

Morocco was the first state to recognize the independence of the United States of America, signing the first Moroccan-American Treaty of Friendship, under Morocco’s Sultan Muhammad III in December 1777.

Friesland, one of the seven United Provinces of the Dutch Republic, was the next to recognize the American independence.

The Mysore State in India followed their example, being the third to praise liberty as a breath of life to all nations.

The actions of those states centuries ago are the proof that the 4th of July should not just come and go.

Americans must make it a remarkable day and a celebration; a great opportunity to further elevate the magnificence of national integration and appreciate the Muslim contribution to it— but, unfortunately, this is not the case today.

“I remember my supervisor at work made a comment about how Morocco was the first supporter of American independence; and that they had always been a really close ally to the US, but that is something not included in the things we are learning while we study the American history,” Paige Duskie, a 20-year-old student from Huntsville, Alabama who is currently working for a Human Rights NGO in Rabat, told Morocco World News.

Muslims have been at the center of attention for years from a socio-political perspective.

A wide variety of events, including acts of terrorism and extreme violence, which severely concerned the global community, caused the United States to largely discriminate against Muslims.

Many Americans now associate them with acts of religious extremism, severely tarnishing their freedom and dignity; according to studies conducted on the US media content, as well as on Muslim attitudes towards the US.

“And definitely with the current climate, the Muslim contribution to American independence is pushed to the side a bit more because there is a lot of apprehensions towards predominately Muslim countries in the US,” Duskie said.

Today, the culture of fear is deeply ingrained in the American society and robustly feeds off the Muslim community’s freedom; one that the latter graciously offered to the US more than 240 years ago— now long forgotten.

“There are a lot of religious groups that supported the independence of America; we didn’t really learn about Muslims in our history classes at school,” sHaley Kolus, a 20-year-old student from Los Angeles, California who is spending her summer interning in Rabat, told MWN.

“But, still, a lot of people wouldn’t know that, and also wouldn’t care to know that because of the existing culture of fear and anxiety towards the Muslim community,” she explained.

As a religion, Islam encompasses and teaches the freedom of conscience and the virtues of justice and liberty.

There are Muslims, as well as people from other religions, who do not manage to live up to the ideals of their own faith, sadly causing the reverberation of constant fear and agony to become a substantial element of their religious identity.

“The current climate in the US towards Muslims is really gross and sad,” Duskie said. “It is destroying those relations that we’ve had for a long time and an ally that has been supportive to us; but that’s just the way the world is working right now.”

After all, the 4thof July might not simply be about the dazzling fireworks, the fancy parades, and family gatherings.

Each and every single one of these celebrations might be an opportunity for every American to reflect; to ponder the manner Americans fought about what an “American” should mean— and the essence of this word certainly includes granting freedom to those who first conceded that liberty should dwell in the United States of America 243 years ago.

Because freedom is priceless; it is rather a taken than simply a given, something worth fighting for. But, the wholesome meaning of freedom is directly proportional to someone’s ability to question oneself, question one’s own faith, explore myths and prejudices about what’s seemingly foreign and, eventually, discover all the answers essential to being truly free. 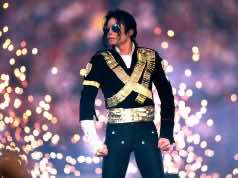