The Tangier-Tetouan-Al Hoceima regional government has approved a MAD 13 million (approximately $1.4 million) budget for the rehabilitation of two Spanish cultural emblems in Tangier: the Plaza de Toros and the Cervantes Theatre.

Rabat – The Spanish Press Agency EFE reports MAD 8 million ($836 000) will go towards the renovation of the Plaza de Toros, a bullfighting arena which currently stands empty, to turn it into a cultural center.

The arena was built in 1950 and used as a bullfighting arena until the 1970s. It was then briefly used as a cultural and artistic center, before being abandoned.

The conception of the design for the renovation will be led by the City of Tangier, in partnership with the Technical University of Valencia.

The regional government has also budgeted MAD 5 million ($523 000) towards the renovation of the Cervantes Theatre.

Built in 1913 by a wealthy Spanish merchant, the theatre was donated to Spain in 1928, when Tangier was still under the joint administration of France, Morocco, and the United Kingdom.

The theater was once considered one of the most prestigious theaters in North Africa, hosting artistic performances from all over the world. Over the years, due to management and funding issues, it fell into ruins, last used in 1993 for a photography exhibition.

Despite being on Moroccan soil, the Spanish government continued to own the theater until earlier this year. On February 8, Spain signed an agreement donating the building to the Moroccan government.

The Plaza de Toros and the Cervantes Theatre are historical landmarks, and important reminders of Tangier’s diverse history. According to EFE, a call for offer for the management of each project will be made in September. 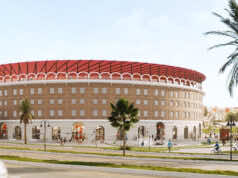 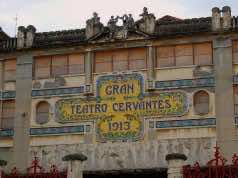