Former footballer Ibtissam Bouharat has challenged Radio Mars host, Adil El Omari, to a game against a female football team as a response to his misogynist remarks. 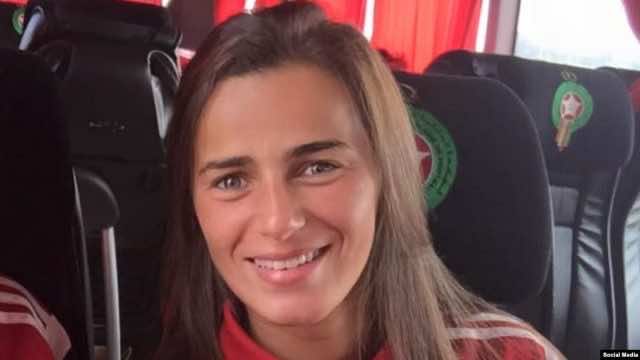 By
Kawtar Ennaji
-
Kawtar Ennaji is a journalist and translator at Morocco World News, MA holder from King Fahd School of Translation
Jul 8, 2019
Spread the love

Ibtissam Bouharat, a Belgian – Moroccan international football player, has responded misogynistic comments made by Radio Mars’ host, Adil El Omari. In a video posted on her facebook page, the footballer challenges El Omari to a match.

Bouharat started her international career in 2005, playing with Standard de Liège. Over the course of her career she won both Belgian Championship and the Belgian Supercup. In 2016, she retired from professional football having won prestigious awards including African woman of the year: Female sportswoman (2013), and Best player of African descent in Belgium (2014).

Reacting to Adil El Omari’s sexist comments during his July 4 radio show, Bouharat posted a video on her Facebook account. The video is a challenge to El Omari, and those present during his broadcast, to play a match against her female team.

The ex-footballer, addressing the host, said  “I challenge you to play against my 100% female team and let us prove, on the field, that football is universal.”

To caption her video, Bouharat wrote, “women’s place to be is not only the kitchen; I strongly denounce your words.” Her comments were a direct response to the host’s remarks to a female listener, telling her to “take care of her kitchen, watch Choumicha’s shows (famous Moroccan chef), and leave the national team alone.”

The retired footballer expressed her surprise that such comments “can still be heard in 2019 on a sports radio,” and asserted that “football is a universal game and everyone has the right to express their opinion on the subject.”

“I stopped playing 4 years ago now, but it is with pleasure that I resume service for the occasion,” she added.

Bouharat added a forfeit to her challenge, saying that the losing team would have to cook a Choumicha recipe for the victors.