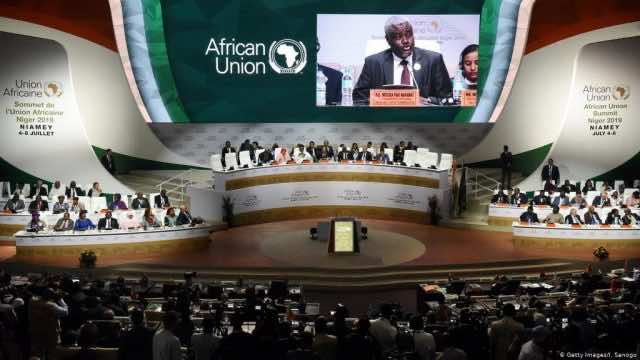 By
Kawtar Ennaji
-
Kawtar Ennaji is a journalist and translator at Morocco World News, MA holder from King Fahd School of Translation
Jul 9, 2019
Spread the love

Rabat – The 12th Summit of Heads of State of the African Union (AU) took place in Niamey, the capital of Niger, on July 7.

During the summit, which was dedicated to the launch of the operational phase of the African Continental Free Trade Area (AfCFTA), Moroccan Minister of Foreign Affairs and International Cooperation Nasser Bourita addressed the dichotomy surrounding Polisario’s membership in the AU.

Having signed the act establishing the AfCFTA, Bourita explained that Morocco’s signature and ratification of  the agreement must be seen as separate from its stance on the self-proclaimed Sahrawi Democratic Republic (SADR).

He stated that Morocco’s signature “cannot be interpreted as an acknowledgment of a situation, a fact, or an entity it does not recognize and threatens the country’s territorial integrity and national unity.”

Historically, Morocco has rejected any mediation of the AU on the issue of Western Sahara, specifying that the file should be dealt with solely by the UN. At the AU’s 29th Summit in Addis Ababa, Bourita told the AU, “We are more in a United Nations type of discourse which finally respects international legitimacy.”

“Morocco acts according to clear principles when it comes to differentiating between membership in an organization and the recognition of its members which Morocco may not recognize,” Bourita added in a veiled reference to Morocco’s reintegration in the AU in January 2017 despite Polisario’s leader joining the Union.

The minister then addressed the contradictory nature of Polisario’s membership of a trade zone, calling the situation an aberration. Bourita asked the assembled heads of state how “an entity that has no territory could belong to a free trade area.”

“If this entity is to trade from Tindouf, it will be considered internal trade in another country of the AU, which is Algeria,” he explained.

“With what currency will this entity trade?” he continued, affirming that “if this trade will take place, it will be in Algerian currency.”

According to Mr. Bourita, this state of affairs is all the more “aberrant” as the cornerstones of the AfCFTA are the Regional Economic Communities (RECs).

RECs are considered the building blocks of the African Union within the continental integration process. They represent regional groupings of African States each lead by a Head of State or Government on a rotational basis.

Currently the African Union recognizes 8 RECs from the 5 geographical regions of the continent. Among them the Arab Maghreb Union (AMU) which includes Algeria, Libya, Mauritania, Morocco, and Tunisia.

“Look among the members of the African Union, which is the entity that does not belong to any regional economic community and you will understand the aberration,” concluded Mr. Bourita.

The launch of the AfCFTA follows the coming into force of the trade area on May 30. As of today, July 08, 54 out of the 55 African Union Member States have signed the treaty establishing the AfCFTA  and 27 of them have ratified it.

The AfCFTA aims to progressively reduce and eliminate customs duties and non-tariff barriers on goods. The goal is for 90% of products to have a zero duty across the continent.