Following a recent spate of bombings, the Tunisian government has extended the state of emergency for another month. 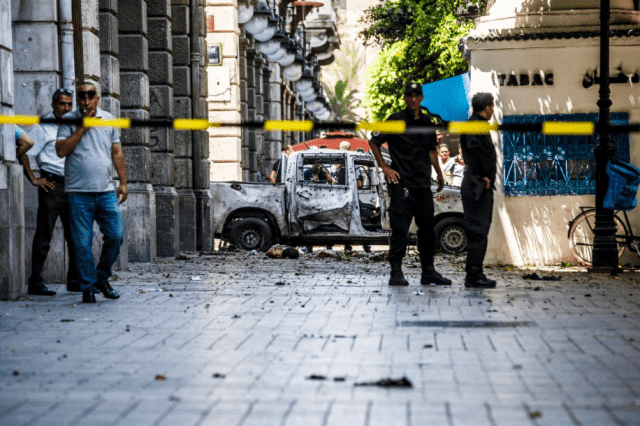 By
Ann Seymour
-
Ann Seymour is an American journalist currently based in Rabat.
Jul 9, 2019
Spread the love

In the years following the ousting of President Zine El Abidine Ben Ali in 2011, Tunisia suffered a series of devastating attacks which threatened to destabilize the North African country. After a shooting at a resort killed 38 people in June of 2015, newly-elected president Beji Caid Essebsi declared a state of emergency which remains in effect today.

On July 5, President Essebsi declared that the state of emergency in Tunisia will again be extended, this time for an additional month. The announcement followed three suicide bombings in under a week.

On June 27, two suicide bombers blew themselves up in a set of attacks that killed one police officer and injured eight others. The Islamic State claimed responsibility for both attacks.

Five days later, on July 2, Aymen Smiri, who allegedly planned the twin bombings, killed himself after being surrounded by police.

Recent bombings have targeted security forces, while the most deadly attacks in 2015 were directed at tourists.

The recent peace at resorts and other attractions has been a financial boon for Tunisia’s tourism industry. Tunisian Monitor Online reported that the country saw a 42.5% increase in tourist revenue in 2019.

President Essebsi has repeatedly extended the state of emergency in Tunisia, which has now been in effect for four years. The order gives the Interior Ministry and security forces more power, while limiting certain freedoms such as the right to public assembly. The state of emergency also allows the monitoring of the press.

The government also placed restrictions on dress following the most recent attacks.

Witnesses reported Smiri was wearing the niqab during his pursuit by police last week. The Tunisian Ministry of Interior denied this claim.