A close source of the coach quoted by Moroccan television channel Arriyadia announced his imminent resignation. 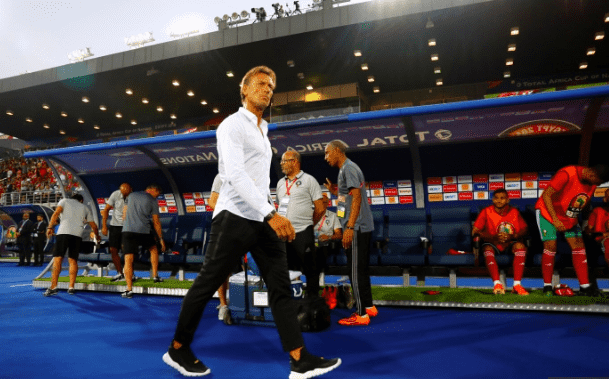 A source told the TV channel that Renard is taking some time to “think about his future with the Moroccan team.”

The source added that Morocco’s performance during the 2019 African Cup of Nations (CAN) “will not be the only criteria on which his final decision would be based.”

In a tweet, 2M added that the Royal Moroccan Football Federation (FRMF) will hold a meeting soon to “decide on the future of the French coach with the Lions.”

2M added that its source had not yet received any information regarding Renard’s possible resignation.

The news comes after the disappointing performance of the Atlas Lions during the Morocco-Benin match on Friday, July 5 in the knockout round of CAN.

Prior to CAN, the president of  Royal Football Federation (FRMF) Fouzi Lekjaa said that there was no “guarantee” that Renard would stay with the Moroccan team after the African tournament.

However, Renard  has long denied rumors on his exit.

“Some people talk about my future in the media to sow trouble  in the Moroccan spirit and if it’s still a little too early to know what will be done, one this is certain,” Renard said in an instagram post.

He also denied that he would join another African team after his exit.

“Out of respect for Morocco and all Moroccans I will not leave in any way for another African nation regardless of it. Those who claim so are wrong.”

Renard has served as a coach of the national team since 2016, his contract will expire in February 2022.