The suspension comes after the Police Inspector fatally wounded two suspects with his service weapon during a police operation in Casablanca. 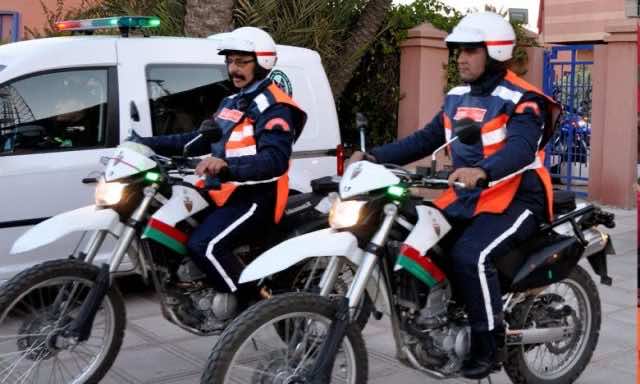 The Director General of National Security announced, on July 9, the suspension of an Anfa District police Chief Inspector. The chief inspector’s suspension is the result of an investigation into the fatal shooting of two suspects.

The police inspector used his service weapon on July 7, during a police intervention. The weapon was used to fatally injure two suspects; a 35-year-old man and a 40-year-old woman.

The Directorate-General of National Security (DGSN) announced in a statement that Casablanca’s Judicial Police Department had opened an in-depth investigation into the circumstances of the incident.

The suspension comes following the investigation which proved that the inspector had committed serious professional and legal infractions during the intervention.

The inspector claims that the service weapon was used in self defence.

Police protocol dictates that officers must fire a warning shot before aiming at the suspect’s limbs to impede escape.

The statement concluded that the judicial police department will continue to undertake a thorough investigation into the case. The investigation will be carried out under the supervision of the public prosecutor’s office in order to clarify the circumstances of the incident.

The Prefectural Police Department of Tetouan, in coordination with Casablanca’s judicial police, arrested the inspector on July 9 in the region of Cabo Negro near Tetouan.

Six other individuals are also in custody, suspected of being directly complicit in the case or of providing false information to investigators.

If found guilty, the inspector could face double-murder charges. Article 392 or the Moroccan penal code states that any person who intentionally takes the life of another “shall be sentenced to life imprisonment.”