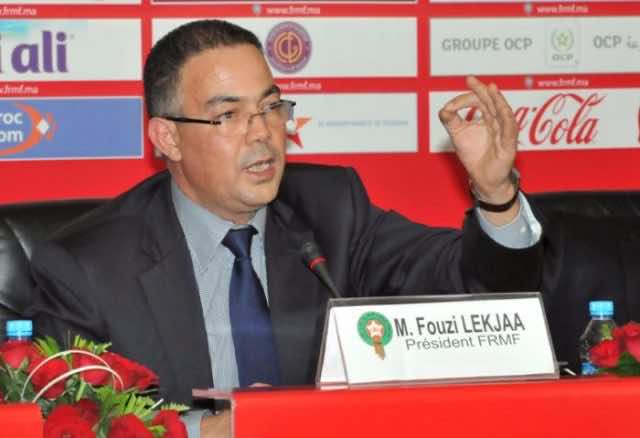 Rabat – The Royal Moroccan Football Federation (FRMF) has denied rumours that its President, Fouzi Lekjaa was suspended for one year from all football-related activities within the African Confederation of Football (CAF).

In a press release last night, the FRMF denied all allegations of its President’s suspension.

A number of news sources reported yesterday, July 9, that the CAF had handed Fouzi Lekjaa a one year suspension from football, following a complaint made by the Ethiopian Football Federation (EFE). The EFE claimed  that Lekjaa had physically assaulted Ethiopian referee Bamalek Tessema.

FRMF has described rumors of Lekjaa’s suspension as “false information,” adding that “the CAF discipline commission will be holding a meeting on the matter with M. Lekjaa in the upcoming days.”

Tessema refereed the CAF Cup final between the Egyptian team Al Zamalek and Moroccan football RS Berkane on May 26.

The EFE filed a complaint against Lekjaa following the match, claiming that the FRMF president physically assaulted the referee during the medal ceremony.

On June 5, the EFE released a statement claiming: “After the game, during the medal ceremony, the third deputy president of CAF, president of Morocco Football Association and honorable president of RS Berkane FC, MR Fawzy Lkeia ,[sic] beat n MS Bamalek Tessema with head butt with aggressive and forceful manner.”

The EFE also accused other RS Berkane players of harassing the referee.

“After players saw MR Fawzy Lekia [sic] in action they started to harass and kick him fortunately he was saved by securities.”

After the match the FRMF addressed a letter to CAF, stating the game between the two sides was fraught with “bad interpretation and application of the rules.”

FRMF  described the referee’s performance as “scandalous” and “shameful.”