The minister thanked the international player for his patriotism, despite the recent miscommunication between the minister and the midfielder. 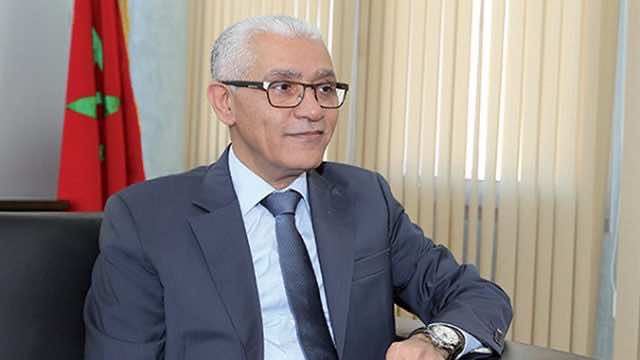 Alami said in an interview that Ziyech was framed  by “some confused people.”

Alami emphasized that the President of Morocco’s Football Federation (FRMF), Fouzi Lekjaa, contacted Ziyech to find out what had pushed the player to publish the instagram post in which he accused the minister of lying. .

Alami said that Ziyech did not answer Lekjaa’s call, but his agent did.

According to Alami, the football player admitted that he had been given false information.

“He promised to clarify the issue and deleted the post after he knew the truth,” said Alami.

The instagram post came after Alami claimed in a plenary session at the parliament that Ziyech refuses to answer phone calls.  Alami claimed that Ziyech said that he “cannot continue in this condition and atmosphere,” questioning his future with the Atlas  Lions after the defeat of Morocco against Benin in the knockout stage of the 2019 African Cup of Nations.

Alami suspected that there are some people who aim to “disrupt and destabilize the Moroccan team and unfortunately they succeeded.”

Alami said that some people contacted Ziyech and “conveyed false news, such as the fact that I held a press conference and attacked him, and that I mentioned at the same conference his retirement.” Alami also condemned fake news about Ziyech regretting his choice to play for the Moroccan  national team.

In the interview, Koora asked lamir directly about Ziyech’s possible retirement. When asked if he is “sure” that Ziyech plans to retire, Alami said that he does not tell lies.

“I hope Ziyech does not retire from playing with the national team. I was in Egypt, and I saw how painful it was for Ziyech when the national team was eliminated,” Alami said, commenting on the Atlas Lions’ match against Benin.

Ziyech missed a penalty at the end of the match, which took place on July 5. He faced heavy criticism from some Moroccan football fans.

“We tried to raise his spirits and did not succeed” Alami explained.

Alami added that he was informed of Ziyech’s intention to stay away from the national team.

Lekjaa repeatedly called the footballer to confirm the news of his retirement.

“I received the same news from a source  close to the player, who told me about Ziyech’s retirement.”

The minister added that his statement on Ziyech’s retirement was not an attack on the player, but a response to those who had criticised  the midfielder after the Morocco-Benin mach in Egypt.

“I defended him in parliament,” Alami said.

The minister highly appreciated Ziyech’s choice to represent Morocco instead of the Netherlands. “He is our son,. We appreciate his patriotism. I personally will not hesitate to defend him after the fierce campaign against him which was created to destabilize the Atlas Lions.”