Audible Football Camp and the Moroccan American football association will join up to promote America’s legendary sport across the North African country. 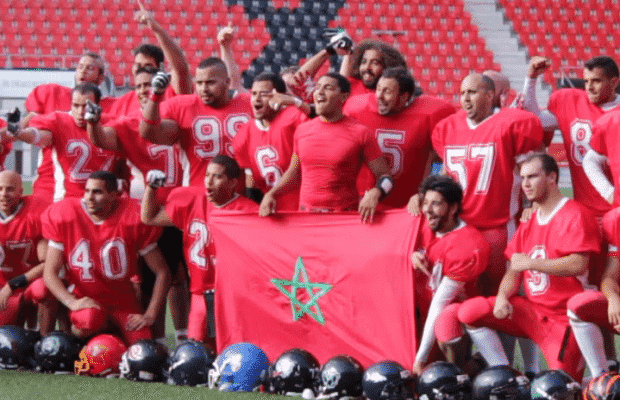 Rabat – Audible Football Camp, a non-profit US organization, will partner with Rabat Pirates, the Moroccan association of American football, to organize the first major American football conference in the country’s history.

The five-day conference will be held from July 12 to July 16, 2019 in Ben Slimane. It will be open to all American football lovers, including people who are already play the sport, as well as to anyone seeking to discover more about it.

The event will welcome foreign coaches to teach the fundamentals of American football to local participants. It will also create networking opportunities and encourage the development of the US acclaimed sport within the North African country’s borders.

Julian Alonso, Jhonattan Silva-Gomes and Naji El-Ali are among the international American football coaches to attend the event to contribute to the expansion of the sport’s popularity in the region.

The organization will also offer the opportunity to the locals to participate at theoretical tutoring workshops and will encourage athletes to join on-the-field practice.

Following the sport’s international requirements, the Rabat Pirate’s ultimate goal was to introduceAmerican football to locals and to develop it over the years.

Rabat Pirates also has a women’s team to provide Moroccan women the same opportunities as men. Women have the opportunity to get acquainted with the sport and play regularly.

For the past five years, Audible Football Camp has taken the initiative to organize American football conferences in international cities in an effort to expand the sport’s reputation and the association’s core philosophy. For the association,  football is a tool to accomplish success and develop substantial moral qualities.

In recent years, American football has flourished in Morocco, astonishing the global community. The sport’s rapid growth has included the founding of eight community clubs across the nation which specialize in both tackle and flag football.

Despite its noteworthy beginnings, American football in Morocco still faces many challenges, including the limited availability of equipment. The shortage of experienced coaches and administrators also contributes to the lack of adequate knowledge on the sport’s fundamentals.

The Audible Football Camp and the Rabat Pirates upcoming partnership aims to enhance the reputation of the American sport in Morocco, as well as to enrich locals’  knowledge and experience.

most importantly, the event will demonstrate to both the local and international communities that American football is a sport which requires a lot of commitment, perseverance, hard work, as well as team work. After all, the eager collaboration of the two associations highlights this key aspect of American football.