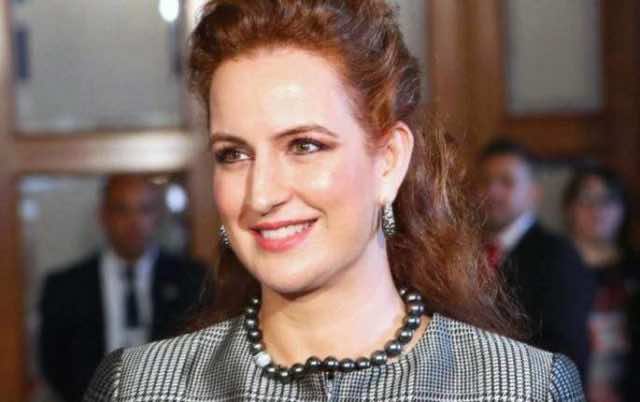 Rabat – The Princess of Morocco Lalla Salma and her son, Crown Prince Moulay Hassan, arrived on the island of Skiathos in Greece on the afternoon of Sunday, July 7, for a holiday.

Skiathos, a Greek island in the northwest Aegean Sea about 140km from Athens, is best known for its beaches and buzzing, youth-driven nightlife scene. The two members of the royal family arrived on the island in a private jet at Skiathos airport. The pair then headed to a luxury hotel in Koukounaries, the island’s main town.

The hefty price tag comes of this 72-meter long boat comes with 15 suites capable of accommodating 28 guests, and a crew made up of 31 people. The boat was renovated just two years ago and includes a swimming pool as well as a diving platform so guests can jump straight into the ocean.

Greek media have reported that the boat is in Agnontas Bay, Skopelos. Despite some of the most beautiful beaches in the world, the mother and son duo have stayed aboard the yacht. Since the yacht rental includes scuba gear, jet skis, kayaks, and fishing equipment, there’s no shortage of fun activities on board.

It’s not the first time Princess Lalla Salma has holidayed in Greece, having been spotted there multiple times over the years, either alone or with family. In 2012, Lalla Salma visited Ilia in Western Greece, after visiting port town Kyllini the year before.

Making her love for Greece even more apparent, in 2017, she purchased a €3.8 million villa in Kea, a Greek island in the Aegean Sea’s Cyclades archipelago. The island is known for its hilly countryside and quiet beaches.

However, this seems to be the first time she’s taken her son Crown Prince Moulay Hassan along with her. The Crown Prince recently turned 16, on May 8, 2019.