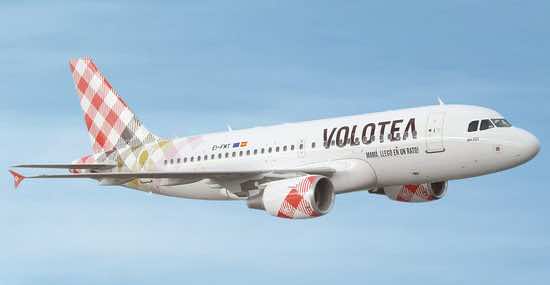 Rabat – Low-cost carrier Volotea will launch a new air route from Strasbourg to Marrakech in December.

Every Saturday, starting in December, the company will operate flights to Marrakech-Menara airport.

The company will offer 12,800 seats throughout the year, except during July and August, reported Air Journal.

Currently Volotea, only serves one destination to Morocco from Nantes, France to Tangier.

Air Journal said that  Volotea has transported more than 1.9 million passengers from Strasbourg Airport since 2012.

Founder and CEO of Volotea Carlos Munoz said: “After launching destinations in Greece, Sardinia, Croatia and Sicily, we are launching two new routes this year to Morocco and the Canaries: new opportunities for people from Strasbourg who would like to travel via direct flights and at attractive prices.”

The company will also launch a direct flight from Strasbourg to Lanzarote, in the Canary Islands.

“We are delighted to announce the opening of these two new international lines. The connections to these two sunny destinations are a definite asset for the Airport and its passengers because we know the attachment of the Alsatian people to these destinations,” the founder of the company said.

The charm of Marrakech attracts thousands of international visitors every year. In addition to Volotea, British low-cost carrier EasyJet is also set to launch a direct flight serving the Marrakech-Belfast air route in October.

Marrakech, one of Morocco’s most popular destinations, recorded over 2.4 million tourist arrivals from January to November in 2018.