It could be too little too late to say“Sorry;” some fans may have already hit the “unfollow” button already.

Rabat – Responding to a wave of criticism from fans, Moroccan football player Youssef Ait Bennasser has released a video of himself insulting his social media followers.

The reckless reaction came after a fans heavily criticised the player following the Atlas Lions’ defeat against the Benin Squirrels in the 2019 African Cup of Nations (CAN) on Friday, July 5.

Already disappointed by their team’s shock exit from CAN, Moroccan football fans were taken aback by the angry post.

Ait Bennasser has since acknowledged his mistake in an Instagram, expressing his sincere apologies to Moroccan football fans.

“I wish to apologize to everyone I have offended. Still very touched, like all my teammates, by our elimination.”

He said that he received a lot of backlash on social media following the Benin-Morocco game. Some users had gone so far as to wish death on his family. 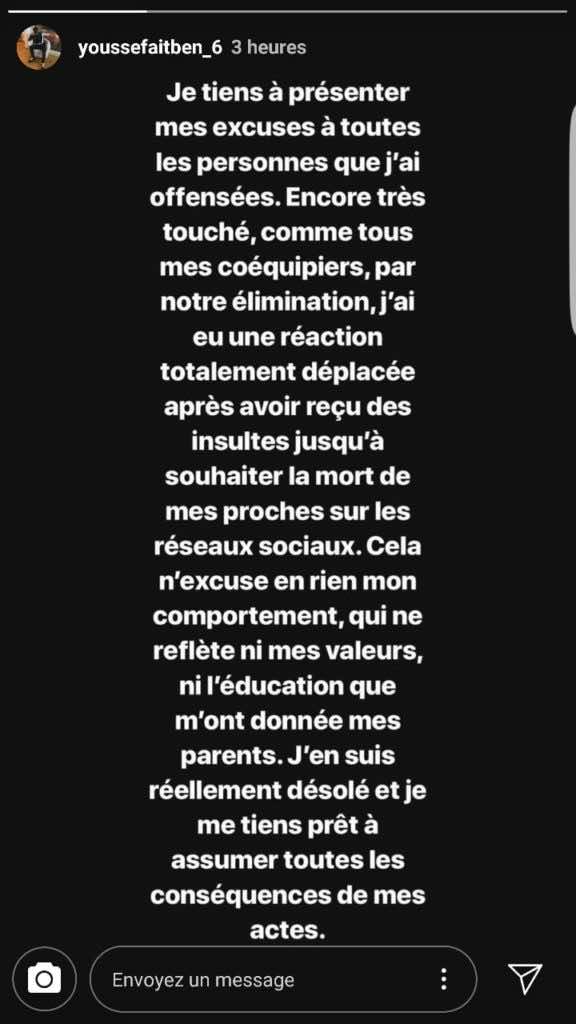 “This is not an excuse for my behavior, which reflects neither my values nor the education that my parents gave me. I am really sorry about that and I am ready to take all the consequences for my actions,” he added.