Nearly 5 months after her death, an autopsy has found that Moroccan model Imane Fadil supposedly died from “natural causes.”

Rabat – The unexpected death of model Imane Fadil, who was only 33, has been shrouded in mystery. Before her death, the model spent “a month in agony,” suffering from an undiagnosed illness in hospital, according to her brother and lawyer.

Fadil reportedly told her brother and lawyer before her death that she suspected she had been poisoned, due to her role as a key witness in the trial against ex Italian Prime Minister Silvio Berlusconi. After the trial, he was cleared of paying for sex with an underage prostitute but convicted of tax fraud.

Fadil gave evidence against him in 2012, and was reportedly working on a memoir when she died. Titled “I met the devil,” the book was going to give first-hand accounts of Berlusconi’s nefarious activities.

Following Fadil’s comments that she may have been poisoned, Italian magistrates opened a murder investigation to shed further light on her death.

Speculation swirled in the media, with some outlets reporting tests showed the model had high levels of heavy metals in her body, and others completely disputing this.

However, tissue samples from the model’s kidney and liver were sent to specialists who said it was “increasingly unlikely” on the basis of initial tests that she had been contaminated by radioactive substances.

The autopsy shows that she had a tumor, which could have affected her bone marrow, finally clearing the mystery up. 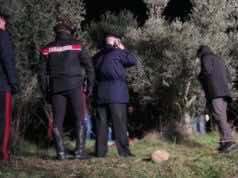