Britain, Germany, and France call on Iran and US to return to negotiations amid escalating tensions in the Gulf region. 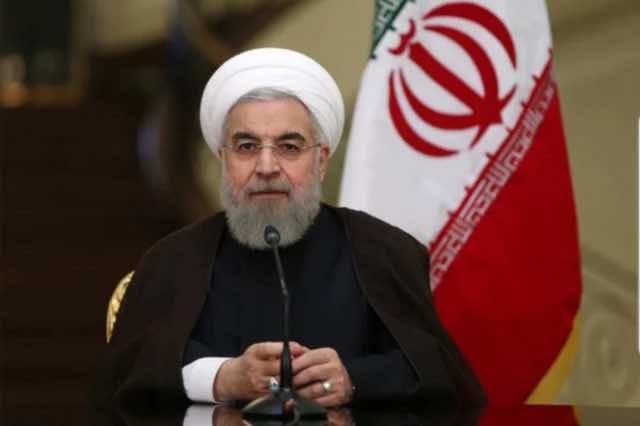 Rabat – The European signatories of the 2015 nuclear deal between Iran and the world powers warned that the landmark pact could collapse amid the US Iranian tensions. The group of states also called for the reopening of dialogue between Washington and Tehran in a joint statement released on Sunday, July 14.

Britain, Germany, and France, who signed the Joint Comprehensive Plan of Action (JCPOA) four years ago in Vienna, stated that it could fall apart after the renewed sanctions on Iran by the United States.

“The risks are such that it is necessary for all stakeholders to pause, and consider the possible consequences of their actions,” the joint statement released by the French president’s office said.

“We believe that the time has come to act responsibly and to look for ways to stop the escalation of tension and resume dialogue.”

The 2015 accord promised sanctions relief, economic benefits, and an end to the international isolation of the Islamic Republic in return for restrictions on its nuclear programme. But after the US withdrawal, the deal became fragile and the parties’ commitment uncertain

Tensions rose between Washington and Iran when the US President Donald Trump pulled out from the nuclear deal and imposed sanctions on Iran’s crucial banking and oil sectors, that had been previously lifted under the pact, causing the country’s economy to freefall.

In response, Tehran announced in May 2019 that it would curtail its commitments to the deal, despite calls from the European parties to continue its full compliance.

At a meeting of foreign ministers in Brussels on Monday, July 15, the European actors will seek to defuse tensions in the volatile region.

“The deal is on the brink; the message on Monday will be to show EU unity but make it clear to Iran that it needs to come back into line,” a European diplomat was said to Reuters news agency. “For now, nothing is reversible, so we have more room for diplomacy.”

Speaking before the Brussels meeting, France’s Foreign Minister Jean-Yves Le Drian said Europe has to remain united in its attempts to preserve the deal and convince Tehran to shift its decision not to comply with parts of the accord.

“The Europeans have to stay united on this issue,” Le Drian told reporters.

Iran’s decision to reduce compliance with the deal that the United States abandoned last year was “a bad response to a bad decision,” he said.

In the meantime, Iranian foreign Minister Mohammad Javad Zarif hinted at the Europeans’ reluctance to protect Tehran from the US sanctions.

“There is a serious difference between doing something and announcing your willingness,” Iranian state TV quoted Zarif saying.

Iranian President Hassan Rouhani said on Sunday, July 14, 2019 that Tehran is open for dialogue if the sanctions are lifted and the US returns to the nuclear deal’s pact.

“We have always believed in talks; if they lift sanctions, end the imposed economic pressure and return to the deal, we are ready to hold talks with America today, right now and anywhere,” Rouhani said in a televised speech.

Matters were further complicated by Iran when it made any talks conditional on being allowed to export the same amount of oil as it did before the US withdrawal from the nuclear pact.

Trump has shown no sign of backing down and said he would put yet more pressure on the Gulf country with more sanctions.

“We’re putting additional sanctions on; some of them are already in place,” said US President Donald Trump in June 2019. “The sanctions have hit them hard.”