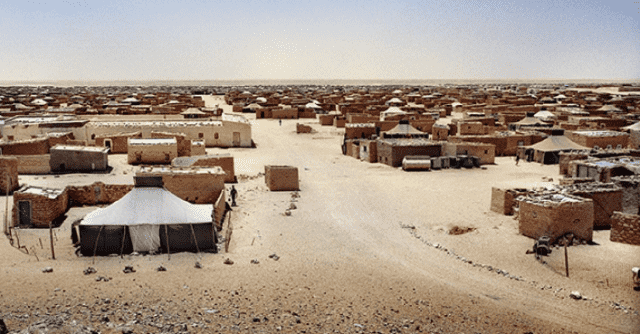 Rabat – Activists in Tindouf camps are accusing the Polisario Front of committing “serious human rights violations” in the Edhebia prison.

Quoted by pro-Polisario news outlet Futuro Sahara, an opposition  activist told his family that the front committed serious violations against him and two other activists. The front arrested the three activists  in a crackdown amid protests to condemn human rights violations in the camps.

The activist told  his family that he spent 36 hours in a secret prison before the Polisario transferred him to a prison in Rabouni.

“We were taken to a prison in one of the centers of gendarmeries in Rabouni, where we spent  nine days.”

The Sahrawi activist added that the Polisario “authorities” used a blindfold while they were interrogating the three activists.

“When we were in the national gendarmerie center.. I was blindfolded and one of my hands was tied to a chair, while the other hand was forcibly put on a table. Later,  the doctor, we are not even sure f [he] was really a doctor or a member of the ‘national gendarmerie’ put a syringe in my fingers. I do not know whether it was to measure diabetes blood sugar or  if it was an unknown injection. I did not have the right to know the nature of this injection or its causes,” the activist said.

He said that in the Edahbia prison they were not blindfolded but “were placed in solitary cells.”

The activist added that the “public prosecutor” told his lawyer not to ask what happened to them before the transfer to the Edhaibia prison.

The Polisario  then moved the activists out of solitary confinement. During the hearing with the “public prosecutor” they were told that they had the right to visits. .

“Visits are allowed only for 5 to 10 minutes although the prosecutor said that the visit duration is at least an hour,” said the activist.

“We were investigated under an atmosphere of intimidation and threats,” the activist added.

This is not the first time that the Polisario has faced such accusations. In June, the Polisario Front arrested Sahrawi journalist and activist Moulay Aba Buzid during a solidarity demonstration. Meanwhile, the family of Ahmed El Khalil, a Polisario member who went missing for more than 10 years ago, are still urging the front to reveal his fate.

In February, Sahrawis took to the desert in Rabouni, the location of the Secretariat of the Polisario Front, to condemn the disappearance.

These human rights violations are taking place amid a deafening silence from the United Nations and human rights watch dogs, such as Amnesty International and Human Rights Watch.