The Ministry of Finance has called on Customs to clampdown on travelers diverting large sums of money out of Morocco. 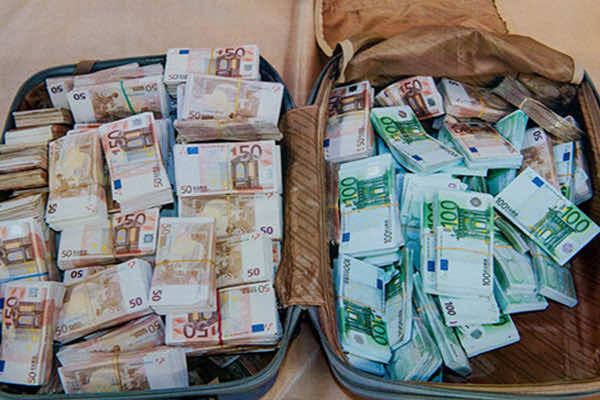 By
Kawtar Ennaji
-
Kawtar Ennaji is a journalist and translator at Morocco World News, MA holder from King Fahd School of Translation
Jul 16, 2019
Spread the love

Rabat – In the past weeks, Moroccan Customs and Excise at the northern borders have seized several large sums of money from travelers attempting to illegally divert funds out of Morocco.

The illegal diversion of funds out of the country negatively impacts Morocco’s economy, creating a deficiency in the country’s foreign currency stock.

To control excess currency diversion, a specific annual allowance is allocated to each citizen. In January 2019, the Office of Exchange set the allowance at MAD 45,000 (nearly €4200) per year. The total amount of the allowance can not exceed MAD100,000 per person per year.

Moroccan citizens can legally carry this sum outside Morocco after notifying the authorities. Any additional or undeclared sums are considered illegal.

In practical terms, this means that both Moroccan and foreign citizens cannot carry more than the specified amount of MAD out of the country. It is also illegal to use international credit cards to withdraw excess sums abroad, or make bank transfers which exceed the prescribed amount.

In light of a noticeable rise in attempts to divert funds out of Morocco, state services are deploying every effort to fight against currency trafficking.

The Ministry of Finance has issued a circular urging the Customs and Indirect Tax Administration to strengthen control mechanisms to prevent foreign currency trafficking.

The ministry aims to fight against the increasing number of currency trafficking operations at the country’s borders.

Within one week, police arrested 11 people involved in the illegal transfer of large sums of currency exceeding their annual allowance. Among them, a Moroccan national, residing in the Netherlands, was caught crossing the border in possession of nearly €12,000.

Following the arrests, the customs officers wrote a seizure report pending the results of an investigation. Elements of the judicial police will conduct an in depth investigation into the case.