Fadel Braika is among the activists arrested by the Polisario Front during their year long crackdown on activists protesting human rights violations in the Tindouf camps. 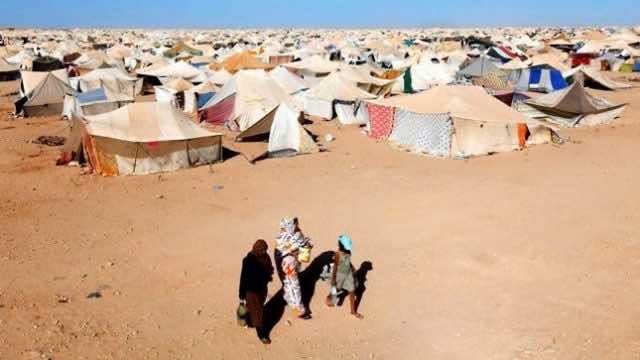 Rabat – Sahrawi activist Fadel Braika has started a hunger strike to condemn his arbitrary arrest by the Polisario Front.

Braika and was illegally arrested  by Polisario Front “authorities” in June  as part of a crackdown on activists protesting human rights violations in the Tindouf camps, Algeria. Braika, among other activists present at the demonstration, is still in detention. As yet, the charges against him have not been disclosed.

The demonstration took place at the high commission of refugees in Rabouni, near Tindouf.

Former Polisario police officer Mustafa Salma  Ouled Mouloud announced on his Facebook page that the Sahrawi inmate started a hunger strike on Monday, July 15, The hunger strike comes as a protest against his “unjust” detention.

According to Mustafa Salma, Braika is calling on the Polisario to reveal the details of the investigation carried out during his arbitrary detention. He condemns his prolonged incarceration and is asking for details of the evidence against him.

“There are no complaints recorded against him prior to his arrest. Polisario’s investigation focused on his relationship with the Sahrawi national Initiative for Change,” Mustafa Salma wrote.

He added that the front also arrested the Braika’s brother two days ago.

In addition to Braika, Polisario also arrested Sahrawi journalist and activist Moulay Aba Buzid during the solidarity demonstration on June 17.

Several activists in the region condemned the “kidnapping” of their colleagues who were taken to an unknown destination without arrest warrants.

One of the activists arrested told his family that the Polisario committed serious violations against him and two other activists.

“When we were in the national gendarmerie center. I was blindfolded and one of my hands was tied to a chair, while the other hand was forcibly put on a table. Later,  the doctor, we are not even sure if [he] was really a doctor or a member of the ‘national gendarmerie’ put a syringe in my fingers. I do not know whether it was to measure diabetes blood sugar or  if it was an unknown injection,” one of the activists told his family.

“ I did not have the right to know the nature of this injection or its causes,” the activist said.