Once Renard’s announces his decision to resign it will be irrevocable. His announcement on Saturday will either confirm or dispel the rumors once and for all. 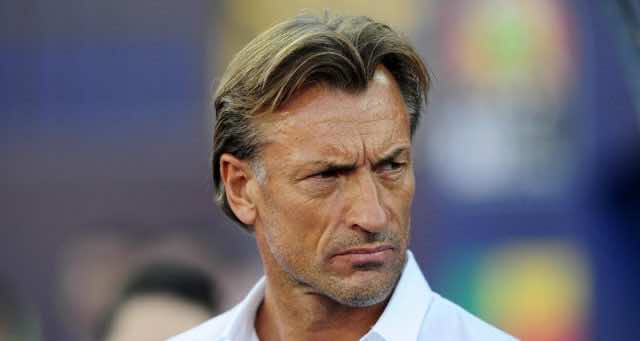 Rabat – Herve Renard, head coach of Morocco’s national team is set to announce his resignation on Saturday, July 20, according to Medi1 TV.

Renard will officially  terminate his contract with the national team without financial compensation as stipulated in the contract, reports the TV channel.

The decision, according to Medi1 television program “Saat Lcan” (CAN Hour), will be irrevocable.

Renard’s announcement is expected to come after the final match of the 2019 African Cup of Nations between Algeria  and Senegal, which will take place on Friday, July 19.

“President of the Moroccan Royal Football Federation (FRMF) Fouzi Lekjaa had two meetings with Renard on Sunday and Monday to evaluate Morocco’s performance during the 2019 African Cup of Nations,” FRMF said.

Renard also  took to his Instagram to announce his meeting with Lekjaa.

“At my request I met Mr Lekjaa president of the FRMF. We have taken stock of the competition that has just ended for us. We also talked about the future, I gave him my opinion.

We have agreed not to make any public statement,” wrote Renard.

The coach’s yet to be announced decision  comes a few weeks after the exit of the national team from 2019 CAN after disappointing performance against Benin on July 5.

Before the CAN, Lekjaa said that there is no “guarantee” that Renard will stay with the Moroccan team after the African tournament.

Lekjaa said that Renard’s future depends on the team’s performance in an official competition. The FRMF president suggested that the outcome of CAN for the Moroccan team would have a definitive bearing on Renard’s future with the Atlas Lions.

The  FRMF president added that after each competition, both parties should take a moment’s pause “before moving forward.”