According to Palestine’s officials, the demolition of Palestinian-owned buildings by Israeli forces in East Jerusalem is a routine occurrence. 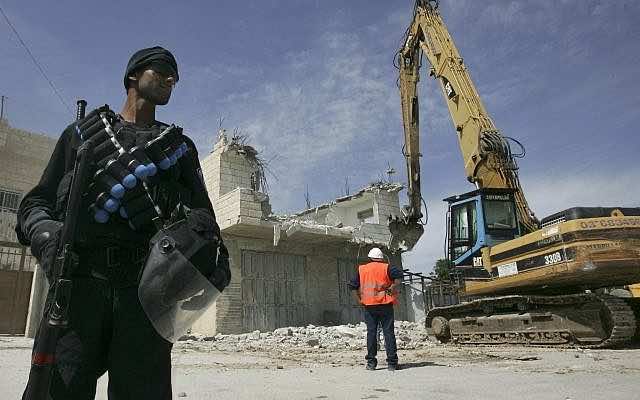 According to the Ministry, the Israeli attacks include the widespread demolition of homes as well as commercial spaces in different towns of East Jerusalem.

Last month, Israel‘s Supreme Court gave the green light for the demolition in Sur Baher.  The buildings in question were built, with construction permits from the Palestinian Authority (PA) on land designated under the civilian control of the PA..

Palestinian officials said that Israeli municipality staff and police escorted a bulldozer to the entrance of Sur Baher, where the heavy machinery demolished a car wash owned by a Palestinian man.

At least ten other buildings in Sur Baher, home to around 70 families, are at risk of demolition.

While most of Sur Baher lies within Israel’s unilaterally-annexed East Jerusalem boundary, part of the community’s land lies in the West Bank; territory that has ended up on the “Israeli” side of the internationally-condemned wall.

Representatives of the EU in Jerusalem and Ramallah voiced their concerns in a statement released on Tuesday, July 16 over Israeli demolition orders against Palestinian homes in Sur Baher.

“The EU missions in Jerusalem and Ramallah are concerned about the stated intention of the Israeli authorities to proceed with the demolition of the Palestinian buildings,” the statement said.

“The statements of contempt by the international community are not enough and do not pose real pressure on Israel to stop its crimes,” the statement added.

According to the UN Office for the Coordination of Humanitarian Affairs (UN OCHA), Israel has approved only 1.5% of the construction building permits requested by Palestinians.

Israel annexed East Jerusalem in the 1967 war and declared the whole city as its eternal indivisible capital in 1980- an arbitrary move that was never recognized by the international community.

The Supreme Court’s decision to consent the demolition of Palestinian buildings sits awkwardly with its international reputation as a defender of human rights.

Hagai El-Ad, the executive director of human rights NGO B’Tselem, told Al Jazeera that in order to form a valid opinion concerning the Supreme Court, one needs to examine its record.

Sawsan Zaher, the deputy director of Haifa-based legal rights center Adalah, told Al Jazeera that the court uses “all kinds of excuses and interpretations to justify dismissal” when it comes to “cases that are at the core of the national conflict between the state and Palestinian citizens as a minority,” including issues related to land and demography.

But it is the court’s intervention, or lack of it, in Israel’s discriminatory planning system and associated demolition of Palestinian homes, which has been most under the spotlight lately.

In April 2019, the court denied a petition on the demolition of Palestinian homes built without a permit, clarifying that they would not discuss the planning regime in which such demolitions occurred – only whether or not the structures had been built “legally.”

B’Tselem, in a 2019 report on the Supreme Court’s responsibility for the dispossession of Palestinians, stated that “there has not been a single case in which the justices granted a petition Palestinians filed against the demolition of their home.”

For Dalia Qumsieh, a senior legal adviser at Palestinian rights NGO Al-Haq, the Sur Baher case demonstrates a pattern of the Supreme Court refraining from deviating from the plans of the government, and even granting all its demands.

“In general, the court does not question the legality of the policies or measures themselves,” Qumsieh told Al Jazeera. “Rather, it engages in technical, legal details pertaining to the implementation of such policies.” 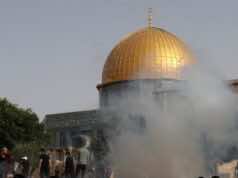