A call to consolidate the role of Amazigh culture, to reform textbooks, to promote social cohesion and respect for diversity. 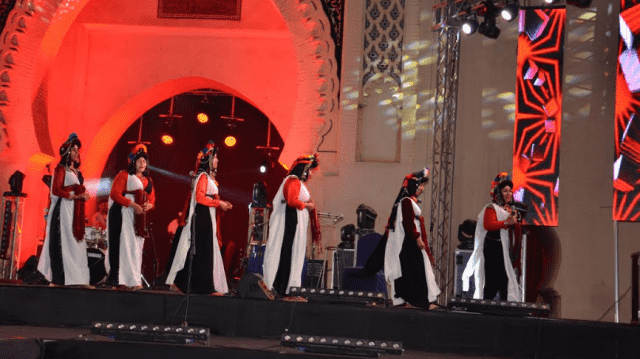 By
Moha Ennaji
-
Moha Ennaji is an author and international consultant.
Jul 18, 2019

Rabat – The fifteenth  international festival of Amazigh culture, which took place in Fez from 12 to 14 July 2019 with the theme “The new challenges of migration in the Euro-Mediterranean region: Amazigh, woman, cultural exchange and development,” came to a close last Sunday..

The festival, which was organized by the Fes-Sais Association and the South North Center with the support of the Moroccan National Tourist Office and BMCE Foundation, was a resounding success at the academic, artistic, and organizational levels. It emphasized the positive impact of intercultural dialogue and the consolidation of cultural diversity, social cohesion, and peace in the Mediterranean region.

The participants in the international forum discussed relevant and varied topics, in particular; the new challenges of migration in the Euro-Mediterranean region, the situation of migrant women, the Mediterranean context and the plurality of cultures, the role of cultural exchange in communication and development, and writers in the diaspora, the role of migration in sustainable development, brain drain, migration and artistic creation in the Mediterranean, and the problem of refugees in the region.

This forum highlighted the contribution of Amazigh culture to the consolidation of peace, democracy, development, and modernity. It argued for cultural diversity a vehicle for integration and for economic, social, and cultural development.

More than a hundred artists and musicians representing different regions of Morocco, and ten friendly countries participated in this festival which also included books, carpet and arts exhibitions, in addition to round tables,workshops on painting, storytelling, and the Tifinagh alphabet.

The opening ceremony of the festival took place on Friday, July 12 in tribute to the great Moroccan writer Mohamed Nedali and the Moroccan academician Mina El Mghari. The dedication was in recognition of their contribution to writing, research, and cultural development. In the evening, concerts were presented by artist Khadija Atlas and Ahidous group of the late Moha Oulhoussain Achibane.

The second day of the festival was attended by the group Ahidous Kalaat Mgouna, the Rif singer Najat Tazi and the participation of the remarkable group Nass El Ghiwan.

The third musical evening of the festival ended last Sunday in a festive atmosphere. Thousands of festival-goers filled the beautiful historical Bab Makina place, vibrating on the Mediterranean rhythms. To satisfy all tastes, Ahwach de Tata, Lhoussain Ait Baamran of Souss, and, the star of the Moroccan traditional couture, Khadija Lamaizi closed this unforgettable evening.

The fifteenth edition of the International Festival of Amazigh Culture in Fez was rich and varied and was a great opportunity for the inhabitants of the Fez-Meknes region who enjoyed an exciting weekend during which music and culture mingled in the heart of the historic city of Fez.

The participants in the World Forum made the following recommendations:


1- Equip the Moroccan diaspora with a real global, coherent, and integrated national strategy.

2– Restructure, democratize, and boost the institutions directly in charge of migrants.


3 – Achieve participatory democracy with regard to Maghreb citizens residing abroad.


4– Deepen the National Strategy of Immigration and Asylum (SNIA) by protecting the cultural identity of immigrants in Morocco, while opening them to Moroccan culture.

5– Lead a vast educational and explanatory campaign to reinforce the values ​​of acceptance of the Other and living together.

6– Encourage research in the field of migration studies.

7– Include the history of North Africa in school programs for Maghreb communities abroad.

8 – Preserve the material and immaterial heritage of the Amazigh component in North Africa. 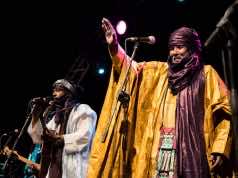