Morocco "has always been strongly committed to religious freedoms and continues to make efforts to promote peace through interfaith dialogue and tolerance," said Mounia Boucetta on July 18.

By
Kawtar Ennaji
-
Kawtar Ennaji is a journalist and translator at Morocco World News, MA holder from King Fahd School of Translation
Jul 20, 2019
Spread the love

Rabat – Secretary of State to the Minister of Foreign Affairs and International Cooperation, Mounia Boucetta, attended the 2nd International Ministerial Meeting to Advance Religious Freedoms held between 16 -18 July in Washington.

Speaking at the ministerial meeting, Boucetta stressed that Morocco “continues to be concretely committed to the actions undertaken as a follow-up to this conference.”

Boucetta added that Morocco looks forward to hosting the 1st Regional Conference on the Preservation of Cultural and Religious Heritage in the near future.

US Secretary of State, Mike Pompeo, said that the regional conference is one of four meetings held around the world to follow-up on the Washington ministerial meeting and the Potomac Declaration and Plan of Action (July 2018).

According to the US Department of State website, “the Potomac Declaration reflects the views of the United States government on the importance of promoting religious freedom, a universal human right, as a means to ensuring greater peace and stability within and among nations.”

The Potomac Plan of Action is a “framework proposed by the US government for activities that the international community can draw from to promote religious freedom and respond to abuses and violations of religious freedom.”

Presenting Morocco’s actions in the field of interfaith dialogue and freedom of worship since the first ministerial meeting in July 2018, Boucetta recalled Pope François’ historical visit to Morocco on March 30-31.

She described the visit as “an exceptional event that highlighted Morocco’s openness and ongoing efforts to promote peace through interfaith dialogue.”

Boucetta also recalled the 2nd edition of the International Conference on the Dialogue of Cultures and Religions, held last September in Fez, under the High Patronage of HM King Mohammed VI.

She further highlighted the Mohammed VI Institute’ s achievements in terms of training Imams, Morchidines and Morchidates (male and female preachers). Since its creation in 2015, the institute has trained more than 4,300 Imams and Morchidates from African and European countries.

The program aims at safeguarding and preserving the Prophet’s Hadith from any falsification, alteration, or instrumentalization for ideological purposes.

The Secretary also indicated that HM the King launched, in April 2019, the construction works of a Museum of Jewish culture in Fez in order to preserve Morocco’s Jewish heritage.

She also pointed out that the King, as Chairman of the Al-Quds Committee, granted financial aid as a contribution to the restoration and development of certain areas in the holy mosque of Al-Aqsa and its vicinity. 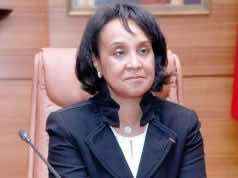 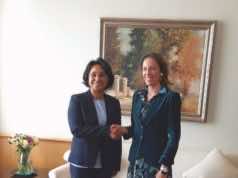