The Moroccan team saw their best performance in 15 years at what is widely considered to be the most prestigious of all international olympiads.

Rabat – The International Mathematical Olympiad (IMO), held from Thursday, July 11 to Monday, July 22 at the University of Bath in the United Kingdom, saw a spectacular performance from the Moroccan team.

The team took home a bronze medal as well as four honors, winning a total of 80 points.

The competition saw Morocco’s best performance in 15 years, with the team placing 64th in the world ranking of 112 countries.

IMO is the world championship of mathematics for high school students and is held in a different country every year. The competition involves teams of up to six contestants sitting two exams on consecutive days. Each exam lasts 4.5 hours and contains three hard problems.

The first IMO was held in 1959 in Romania, with 7 countries participating. It has gradually expanded to over 100 countries from 5 continents. 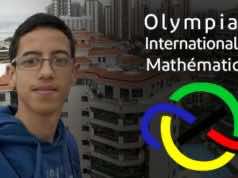 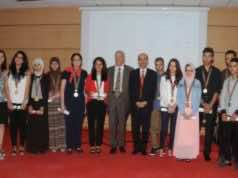 11 Students to Represent Morocco at International Mathematical Olympiad in Brazil