A young African must also have the right to travel the world, as is the case for European youth, the Moroccan official said.

“His Majesty the King [Mohammed VI] in 2013 decided that Morocco should adopt a humanist strategy, respectful of human rights.”

Zerouali mentioned Morocco’s strategy to regularize the status of migrants, who seek to make Morocco a destination.

“We believe that immigration is wealth for our society, we are not afraid of it,” said Zerouali.

Zerouali echoed King Mohammed VI’s position on migration. The monarch urged the international community to take a positive stance on the phenomenon.

In his message to the African Union (AU) Summit in 2018, the King said that migration should be seen as a “natural phenomenon” and should be celebrated.

“We should adopt a positive stance on the issue of migration by highlighting the humanistic rationale of shared responsibility and solidarity,” said the King.

Zerouali said that  Morocco’s policy has another aspect, which is the right to asylum.

“We have dealt with the requests that were pending to regularize the situation of asylum seekers.”

Zerouali said that Morocco’s migration policy also includes people who came to Morocco for transit to another country, but could not cross the border.

He said that those migrants, who refuse to go back to their countries of origin, had also the opportunity to regularize their status.

According to the official, “85% of the requests for regularization of stay have been accepted.”

The official reiterated that Morocco is never afraid of migration.

“We have always been a hospitable, welcoming country.”

He added that regular migration should be encouraged.

“When you don’t have documents you are vulnerable but when you have a residence permit you are not that anymore because you have access to all the services we give in Morocco,” he said.

When asked if Italy should follow Morocco’s policy, he said that  migration is a source of wealth, but “we must protect it from criminal actions.”

Read also: Morocco Thwarts 40,300 Irregular Migration in First Half of 2019

Border control, according to Zerouali is fundamental.

In recent years, migration resulted in pressure for Morocco and its strategic partner, Spain.

Earlier this month, Zerouali said that Morocco has foiled more than 40,300 irregular migration attempts since January 2019.

Zerouali said that the number of foiled irregular migration attempts represent a 25% increase from the same period of 2018. 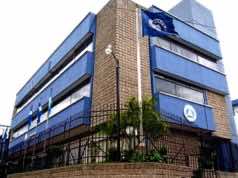