Johnson has made it clear that he intends to push through with a Brexit plan and that a no-deal exit will happen if a new agreement cannot be reached by the 31st October.

Rabat – Boris Johnson, who once famously said “my chances of being PM are about as good as the chances of finding Elvis on Mars, or my being reincarnated as an olive,” has been elected the UK’s new leader. He will officially take over from incumbent Theresa May on Wednesday, July 24.

Johnson was not elected by the British people in a general election, but has come to the post of prime minister through his new position as head of the Conservative Party. The party holds a small majority in parliament.

The former Mayor of London beat out his opposition Conservative MP and Foreign Secretary Jeremy Hunt comfortably, winning 92,153 votes to his rival’s 46,656. Hunt said he was “very disappointed” by his loss, but believes Johnson will “do a great job” nonetheless, thanks to his “total, unshakeable confidence” in the UK.

While giving his victory speech at the Queen Elizabeth II center in London, he promised to reenergize the UK, as well as to deliver Brexit.

“We are going to get Brexit done on October 31 and take advantage of all the opportunities it will bring in a new spirit of can do. We are once again going to believe in ourselves, and like some slumbering giant we are going to rise and ping off the guy ropes of self-doubt and negativity,” he said.

He also gave his regards to May, saying it had been a “privilege to serve in her cabinet,” where he served as her foreign secretary until her resignation.

May announced resignation on May 24, bowing to pressure after her latest Brexit plan was strongly condemned by her own Conservative MPs. “It is and will always remain a matter of deep regret to me that I have not been able to deliver Brexit,” she said.

She reiterated that she had “done everything” she could to convince MPs to support the withdrawal deal she had negotiated with the European Union, but it was now in the “best interests of the country for a new prime minister to lead that effort”.

Johnson has made it clear he intends to push through with a Brexit plan, calling it “do or die,” and saying that a no-deal exit will happen if a new agreement cannot be reached before the end of October.

The new UK Prime Minister is known for his eccentricity. In 2016, he raised eyebrows when he referred to Africa as “that country.”

He also famously published a poem in the British paper the Spectator, describing Turkish President Recep Tayyip Erdogan engaging in bestiality with a goat. 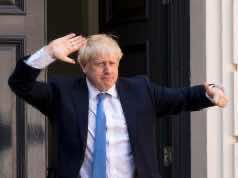 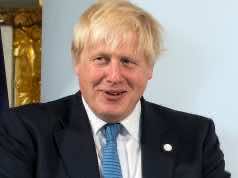