It has been eight months since King Mohammed VI appointed Bouayach as the president of Morocco’s National Council of Human Rights. 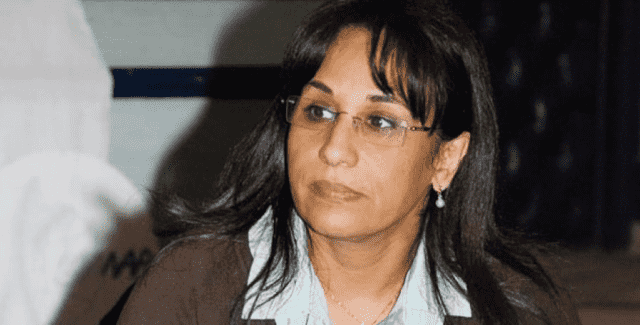 Rabat – The President of the National Human Rights Council (CNDH), Amina Bouayach, said that there are no “political prisoners in Morocco.”

In an interview with Spanish news outlet EFE, Bouayach discussed Morocco’s reforms abolishing any sort of torture and human right violations in prisons in Moroccan prisons.

The CNDH chief, however, acknowledged the presence of a crisis over the question of management of human rights, especially in the management of “demonstrations.”

In her interview with the Spanish-speaking news outlet, Bouayach said that there are no “political prisoners” in the North African country but rather “prisoners who have been arrested for their participation in demonstrations or violence produced during demonstrations.”

Bouyach said that the prisoners are not arrested for their opinions, but for the “impact or effect of demonstrations or violent expressions.”

International media and observers have long referred to the detained Hirak Rif activists arrested for participating in unauthorized protests in 2016-2017 as “political prisoners.”

When the EFE asked Bouayach whether torture is used against suspects in police stations, she said that torture is against the law.

“Now it is an institutional rule, which continues to develop. The General Directorate of National Security [DGSN] reacts to cases of abuse or inhumane treatment with administrative decisions of suspension,” she said.

She added that in the case of a violation, the case would go to court to decide on the consequences for the agent if he or she is proven guilty.

“This rule to hold [a person] accountable is important, it has permeated the institution in its behavior with detainees.”

EFE also asked the CNDH president about the Hirak Rif (popular movement), which emerged in 2016 in the Al Hoceima province after the death of local fishmonger Mouhcine Fikri.

EFE asked Bouayach whether CNDH “tried to ‘correct the excesses’ of the executive and judicial branches.”

In response, Bouayach said that CNDH’s role is not to “correct others.”

“We have a framework of action, which is the  protection of rights, and we intervene in each case of detention or imprisonment to ensure that those affected have decent conditions.”

EFE also asked Bouayach about the death penalty in Morocco.  The Court of Appeal in Sale, Morocco sentenced three main perpetrators of the Imlil murders in the Atlas Mountains to the death penalty.

The Spanish news outlet mentioned that the perpetrators were sentenced to death shortly after the interview, emphasizing that some NGOs are calling on the government to abolish capital punishment. EFE also asked Bouayach whether the Imlil murder would change people’s minds over the death penalty.

“Abolition is a decision of legislative power. The voices against abolition will always exist, they are not indicators which will slow the process,” said Bouayach.

She said that crimes punished by death penalty have already decreased to 10 from 30.

Bouayach added that MPs want to “abolish [death penalty]  but they have doubts, so we have work to do in our campaign.”

In December, King Mohammed VI appointed Bouayach as the president of the CNDH, succeeding  Driss El Yazami, who had been the chairman of the human rights council since March 2011.