The Moroccan National Office of Food Safety has vaccinated close to 1.2 million cows and 18 thousand goat and sheep against foot-and-mouth disease, in its latest vaccination campaign ahead of Eid this year.

Rabat – The Moroccan National Office of Food Safety (ONSSA) will continue its vaccination campaign until it reaches its target of approximately 3 million cows and 25 million goats and sheep in this latest campaign before the upcoming Eid Al Adha.

Eid Al Adha, or the “Festival of the Sacrifice,” is one of the most important religious celebrations of the Muslim calendar. It honors the willingness of Ibrahim, recognized as a prophet in Islam, to sacrifice his son as an act of obedience to Allah’s command. Muslim families across the world will sacrifice an animal, usually a sheep, goat, or cow, in celebration of the day.

The date of Eid Al Adha, the tenth day of the last month of the Islamic calendar, changes each year as it is based on the lunar calendar. In Morocco this year, Eid is expected to be celebrated on August 12 and 13.

The ONSSA is concerned with preventing any spread of foot-and-mouth disease ahead of the religious celebration and making sure all meat destined for slaughter meets hygiene standards.

ONSSA invites all stock breeders to participate in this campaign, it adds in the press release, noting that vaccinations are carried out free of charge by private and ONSSA vets.

According to ONSSA, “the hygiene state of the livestock is satisfactory on the whole.”

Farmers in the Chtouka Ait Baha province are however on high alert, after the recent death of a number of cows infected with foot-and-mouth disease, reports Moroccan news source Le360. Since July 21, farmers in the Douar Ait Laasri area south of Agadir have reported up to two deaths of cattle a day due to the highly contagious illness.

Morocco’s Food Safety Body Clamps Down on Pesticide Use, Destroys 136 Tons of Potatoes 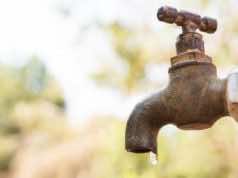 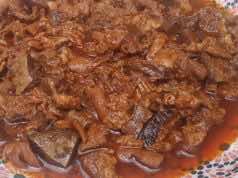 Boulfaf and Tkalia, the Perfect Combo on the 1st Day of Eid Al Adha