The US is Morocco’s most significant military supplier. The North African country received 62% of its arms from the US between 2014-2018. 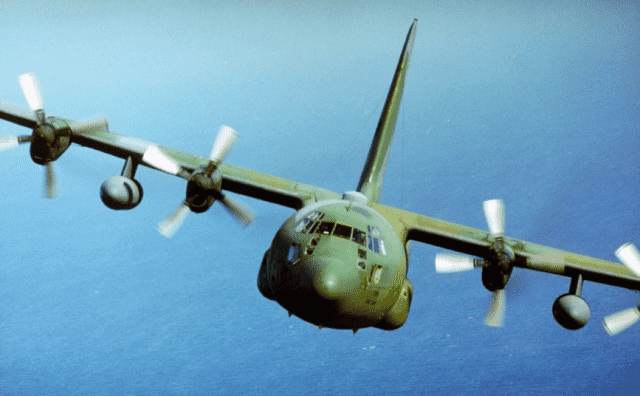 The program is managed by the  US Agency for the Defense Security Service (DCSA).

“Everything about this aircraft is big. The airframe is nearly 100 feet long—97’9” to be exact. It has a wingspan of 132 feet, and is over 38 feet high. Each of the four propellers is 13.5 feet in diameter,” said the Military Machine website  about the fleet.

The military specialized website said that each engine in the aircraft has a “dry weight of nearly a ton, and they can each consume 2,412 LBS of fuel an hour.”

An extract from a document on the program, published by military specialized page FAR-Maroc, reads: “Notification of proposed grant Transfer of Two excess C-130H Aircraft to the Government of Morocco under the Excess Defense Articles Program. June 11, 2019.”

The document added that “DSA [is] transmitting pursuant to Section 516 of the Foreign Assistance ACT of 1961.”

The press release added that “the proposed sale will improve Morocco’s self-defense capability.  Additionally, the continuation of sustainment for their F-16 fleet strengthens the interoperability with the United States and other regional allies.”

In recent years, Morocco has made several military purchase operations from the US.

The US Statement Department approved a “possible Foreign Military Sale  to Morocco of continuation of sustainment support of its F-16 fleet for an estimated cost of  $250.4 million,” DCSA announced on June 27.

France is also a key military supplier for Morocco. In the 2014-2018 period, Morocco received 32% of its major arms from France.

Morocco’s military budget slightly increased from MAD 29.4 billion ($3.2 billion) in 2012 to MAD 34.7 billion in 2018 ($3.5 billion), according to the 2018 Trends in World Military Expenditure report released in April 2019 by the Stockholm International Peace Research Institute (SIPRI).