On July 16, Moroccan and US business officials and experts met to discuss means to further develop trade relations between Morocco and the US with the Free Trade Agreement (FTA). 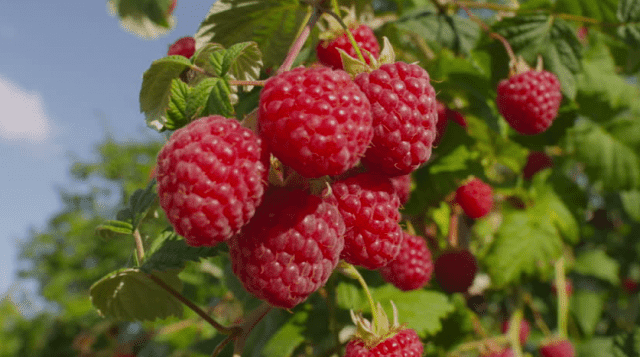 Rabat – The US Administration shared a memo to inform its citizens of the government’s decision to authorize the import of fresh raspberries from Morocco.

In a statement, the US government said that based on “the findings of a pest risk analysis, which we made available to the public for review and comment, we have determined that the application for one or more designated phytosanitary measures will be sufficient to mitigate the risks of introduction of disseminating plant pests or noxious weeds via the importation of raspberries from Morocco.”

Prior to the authorization, the US government also published a justification statement to support the importation of raspberry fruit.

The supporting statement said that the Animal and Plant Health Inspection Service (APHIS) proposed to amend the regulations concerning the importation of fruits and vegetables to allow the importation of fresh raspberry fruit from Morocco into the continental United States.”

APHIS made the public aware that the “the raspberries would have to be produced under a systems approach employing a combination of mitigation measures for the quarantine pest Monilinia fructigena” as  a condition of entry.

The product should also be  inspected prior to exportation from Morocco and “found free of this pest.”

Read Also: Moroccan Exporters: Free Trade with US Did Not Profit Morocco

“The raspberries would have to be imported in commercial consignments only and must be field inspected for signs of Monilinia fructigena infection no more than 30 days prior to harvest,” the supporting statement added.

The approval of raspberry fruit imports from Morocco comes a week after a joint committee for the  follow up of the Morocco-US Free Trade Agreement (FTA) convened in Rabat on July 16 to discuss means to further develop trade relations between Morocco and the US.

Foreign direct investment (FDI)  from the US  in Morocco increased between 2012 and 2018, Morocco’s Minister of Industry Moulay Hafid Elalamy said during the meeting.

Trade activities between the two countries have increased over the past year. In December 2018, the US Trade Representative (USTR) and the US Department of Agriculture (USDA) announced that the Moroccan government “has agreed to allow imports of U.S. beef and beef products into Morocco,” under the terms of the US-Morocco Free Trade Agreement (FTA).

USDA also announced in August 2018 that Morocco will import US poultry, opening up an estimated “$10 million market.”

Morocco’s agriculture ministry stated that poultry imports from the US are only in frozen form.