With 20-years expertise, the courageous doctor acknowledged that health sector conditions in the country made it increasingly difficult for him to operate in his homeland.

Rabat – Humanitarian Doctor Zouhair Lahna has announced his decision to return to the middle east to continue his aid work in conflict zones.

Lahna is a French-Moroccan doctor who has spent 20 years of his life helping and caring for people who are affected by war in conflict zones across the world.

The doctor has also launched humanitarian projects in Morocco to assist those in need. This includes refugees fleeing war in their countries of origin.

Doctor Lahna, however, admitted that he faced multiple challenges while operating in Morocco.

Sadly Lahna feels that he cannot realize his ambitions for humanitarian aid in Morocco. He blames the lack of progress in the health sector for this.

However, the doctor did not deny that he enjoyed spending 85 % of his time in charity work in Morocco after his initial return from Palestine in 2014. Doctor Lahna says that he cannot regret the moments he spends helping any patient

Prior to his decision to leave Morocco, the doctor shared his love for volunteer work in an interview with Morocco World News at his home in Bouskoura, Casablanca.

For Dr. Lahna, volunteering is not a hobby or a vanity project but a calling and a human duty.

“I received my academic training in France, where I gained an important experience. I had to apply what I had learned to helping people all over the world, especially in my native country, Morocco.”

The 50-year-old father of four received his academic training in Casablanca and then in France, where he specialized in gynecology and obstetrics. Immediately after graduating from medical school, Lahna decided to dedicate his time to humanitarian work. He started volunteering as a surgeon with Médecins Sans Frontières/Doctors Without Borders (MSF) in 1998, and had the opportunity to work in a number of African and Arab countries, including Ethiopia, the Comoros, and Rwanda.

The humanitarian situation in Gaza

After a brief experience in Afghanistan in 2002, Dr. Lahna took on one of the most influential experiences in his personal and professional life. Together with colleagues at MSF, he responded to the needs of people in the West Bank who are under Israeli aggression and siege.

Over the past 12 years, the surgeon visited Palestine seven times—four trips to the West Bank and three to the Gaza Strip. It was during his  first experience in Jenin area in the northern West Bank where he provided training courses in laparoscopies.

During the Israeli siege and bombing in the Gaza Strip, hospitals experienced great pressure. The number of urgent cases admitted in these hospitals reached more than 50 cases per day, an unusually high level of admissions compared with other hospitals internationally.

Dr. Lahna comments on the situation: “War alone means death, let alone if this war is accompanied by harsh weather conditions and siege.”

The doctor admitted that his experiences in Palestine have had a great impact on strengthening his sense of altruism and duty. “When I returned from Gaza,” he said, “I decided to allocate 80 percent of my time to volunteering. Life is very short; I have to devote a part of it to help victims of war.”

Time as a volunteer in Syria

Two months after he left the Gaza Strip, the surgeon went on to visit Syria nine times, mostly in the province of Idlib to discover that the situation in Syria was “much more difficult than Gaza,” he said.

“Statistics show that about 780 health facilities have been bombed and hundreds of doctors have been killed under the rubble of hospitals,” he told Morocco World News.

Last year, the World Health Organization (WHO) stated that “[s]even years of conflict have devastated Syria’s healthcare system. More than half of the country’s public hospitals and healthcare centers are closed or only partially functioning.” The number of people in need of health assistance has exceeded “11.3 million people, including 3 million living with injuries and disabilities.”

“The regime considers all the doctors alike, whether you agree or disagree with it,” he said. “Everyone who helps Syrians belongs to the opposition,” he says. After the bombing of medical facilities, “all foreign doctors left [the country] for fear of the regime, and only two doctors stayed with me: one French and one English.”

The possibility of injury or personal danger did not prevent those who chose to remain in Syria from continuing to assist the victims of the bombing. “Despite the difficulty of the situation, the experience included a positive dimension. I worked with a big association called the Union of Syrian Relief Organizations,” he added.

Outside the framework of international health organizations

Dr. Lahna’s experiences as a rescue doctor and an instructor made him see life through a less rigid perspective— free from the limitations of politics, and the dichotomy life and death, individual and community, or  “I” and “them.” He decided to undertake individual initiatives in the beginning of 2011: “I chose to volunteer on my own because I felt that international organizations were tightening up on me and limiting my freedom to go to all areas of conflict in Syria and Yemen.”

“International organizations are working in these areas with local doctors because they do not want foreign doctors to be in danger. They also prevent doctors from talking to the media,” he said. “I almost work in the same fashion as these organizations, but I do not care about insurance, accidents, death, etc.”

Challenging the blockade and rescuing conflict victims in Yemen

Dr. Lahna could not turn a blind eye to the suffering of Yemeni people caught between the civil war and the Saudi-UAE-lead coalition, which imposed a land, air, and sea blockade on Yemen following the military intervention that started in March 2015.

The blockade has inflicted untold damage on the living conditions of the Yemenis. It caused a humanitarian catastrophe and contributed to the deterioration of various sectors, including  health, to the extent that the United Nations declared in April 2018 that “Yemen is the world’s worst humanitarian crisis.”

In 2016, the United Nations reported that 600 medical facilities had been closed due to the conflict as well as the lack of basic equipment and medical personnel. Besides which, 70 medical facilities had been destroyed entirely. Humanitarian Coordinator for Yemen Johannes van der Klaauw stated in May 2014 that over half the country’s population was in need of humanitarian aid.

In November 2017, the World Health Organization stated that the number of people suspected of cholera in Yemen had reached nearly half a million people.

After many attempts, Dr. Lahna was able to enter Yemeni soil in 2018. “After I was tired of trying, I went to Bangladesh in a relief initiative for Rohingya Muslims, and there I met a young Syrian working for an American organization operating in Yemen.”

After a period of research and planning, he was able to visit Al-Jouf and Marib hospitals, collaborating with a local foundation called Hayat for Relief.

In addition to relief work, Zouhair shared his expertise with local medical staff in Yemen through the training of two teams on relief operations and obstetric surgery; as many as 30 doctors and nurses benefited from the training. “When I train a group of doctors in a particular place, I leave and I am reassured that I have left [behind] doctors able to provide help for the injured.”

Becoming the “doctor of the poor”

Dr. Lahna has established a private clinic in the city of Casablanca in Morocco offering free treatment services to two categories of patients: the poor and refugees coming to Morocco. He recently established Injab Center in collaboration with a foundation bearing the same name in France and Morocco.

Injab Center is a women’s reproductive health center that targets the health and safety of infants and lactating women. “Women are the backbone of society, that’s why I chose to save the life of the mother and the fetus.”

He also contributed to the development of volunteerism where he grew up and many Moroccans call him “the doctor of the poor.” “I come from a social class that is deprived of basic health care, so the issue of paying attention to this simple class is very important to me. Medicine is my only weapon; it is the  means I have chosen to help people in need.”

Being a volunteer doctor in various countries to rescue victims in areas of conflict made him criticize the Arab rulers’ silence towards the suffering of victims.

“I regret the lack of solidarity in the Arab countries which reveals the absence of any vision among Arab officials who do not consider that they may live the same strife and pain at any moment.” 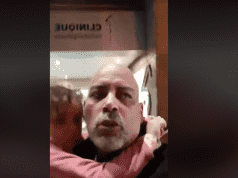 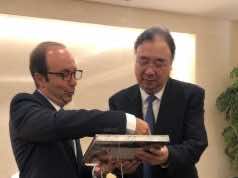