The donkey beauty contest took place in a town located between the cities of Fez and Meknes in central Morocco.

Rabat – In the town of Beni Ammar Zerhoun, between Fez in Meknes, locals had the opportunity to celebrate the beauty and strength of their donkeys. The contest is part of local festival FestiBaz and pays homage to the “significance” of the animal in the country, Spanish news outlet EFE reported in a press report.

Six donkeys  participated in the beauty contest and showed their commitment and connection with their owners in front of 10 judges.

“Cleopatra,”  a local donkey outperformed the other five participants in the contest to win the beauty pageant. Judges made their decision based on her beauty and relationship with her owner.

Cleopatra’s won a sack of barley, a cheque for MAD 2,500 and a certificate for Cleopatra’s win.

It is believed that the legendary Queen of Egypt, Cleopatra, used to take a bath in donkey’s milk to preserve her beauty.

In Europe, according to EFE, a liter of donkey’s milk can cost €40.

EFE also quoted Morocco’s Ministry of Agriculture, saying that there  were 926,000 donkeys in 2009.

The festival organizers believe, however, that the number has decreased by over half.

In the region, donkeys are also used a main of transport for locals and their owners.

In addition to “Cleopatra,” another donkey called “Bluetooth” also took part in the competition.

Hamza, the donkey’s owner, said that he named the animal Bluetooth because it is fast.

“I have prepared it for the occasion, it is well fed,” Hamza said, adding that “I don’t whip him.”

Bluetooth came second in the competition.

Moroccan Women Are Displaying Their Bodies on YouTube to Get Ahead Algerians Attack Miss Algeria 2019 over Color of Her Skin 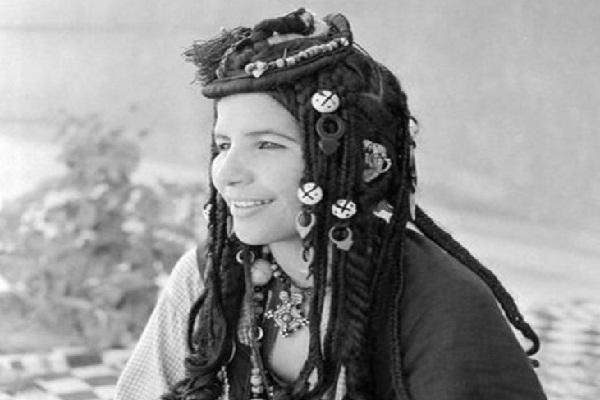