Police have opened an investigation into the circumstances of a large drug smuggling operation involving the transport of a significant amount of cannabis abroad a Moroccan-registered vehicle. 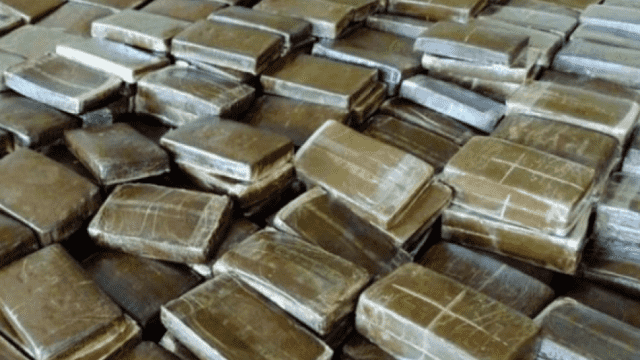 Rabat – Moroccan police in Tangier have opened an investigation into the trafficking of 505 kilograms of cannabis resin aboard a commercial vehicle registered in Morocco.

Security services at the port of Algeciras, Spain seized the vehicle on July 28.

A statement from the General Directorate of National Security (DGSN) said that the center of joint police cooperation between the Moroccan and Spanish authorities alerted police services that a car loaded with half a ton of cannabis was seized at the port.

The statement added that judicial police in Tangier have opened an investigation into the case. The investigation aims to identify the suspects involved in the trafficking operation and how the vehicle had arrived in the port without undergoing the necessary inspection procedures.

Police arrested two suspects involved in the trafficking case. DGSN added that three other individuals, including a woman, and a teenage girl are being investigated for their alleged links with a criminal network implicated in the operation.

DGSN said that it will continue its investigations under the supervision of the public prosecutor’s office, in order to arrest all those involved as well as possible accomplices.

The operation is part of Morocco’s ongoing efforts to combat drug trafficking and international organized crimes in cooperation with Spanish security services.

Morocco and Spain regularly collaborate in the fight against drug smuggling, irregular migration networks, and terrorism.

In April,  Spanish police arrested a Moroccan national in Tarifa, southern Spain. The suspect was the subject of a European arrest warrant.

The Moroccan suspect was allegedly involved in crimes of drug trafficking and participation in a criminal network.

In March, Moroccan police arrested a Spanish national in Tetouan, northern Morocco. The Spanish suspect was also the subject of an international arrest warrant from the Spanish judicial police and an Interpol red notice.