The 16-year-olds esports prize dwarfs the one Tiger Woods earned from winning the Masters by a million dollars.

Rabat – Kyle “Bugha” Giersdorf, a 16-year-old boy from Pennsylvania, has won $3 million at the first-ever Fortnite World Cup, after he came first place in the solo challenge on July 28.

Fortnite is an online video game that has taken the world by storm since it was launched by Epic Games in 2017. The game involves dropping 100 players onto an island where they have to find weapons, build bases, and try to eliminate the competition until only one player is left standing.

The game has more than 120 million players, bringing Epic Games a profit of $3 billion last year.

Its first-ever World Cup had a total prize pool of $30 million, making it one of the most lucrative competitive tournaments on the planet. To put it into perspective, Bugha’s prize is only $850,000 less than the prize for the winner of the U.S. Open, which will be held in a few weeks at the same stadium in New York City.

Another comparison being made by many, illustrating just how much esports has joined the mainstream sports industry, is that Bugha’s prize dwarfs the one Tiger Woods earned from winning the Masters by a million dollars.

16-year-old made a millionaire overnight

The win will surely be life-changing for Bugha, who his mother says has been playing video games since he was three.

“Emotionally, right now, I don’t feel too much, except I know that this could pretty much change my life forever,” Bugha told ESPN. “It’s just absolutely unreal.”

The win seems to be the culmination of a lot of hard work paid off, as his mother Darcy Giersdorf told ESPN that he plays 8-10 hours of Fortnite a day.

“I literally feel like I’m in a dream right now,” she said after the tournament. “It’s so surreal. … This is life-changing for him. He’s been playing video games since he was 3, so this is his passion. He told us he could do this, he put his mind to it and he did it.”

Monetary gain aside, within an hour of winning the title, Bugha gained more than 100,000 followers on Twitter. The win has also earned him acclaim on mainstream media. On Monday, July 29, the 16-year-old appeared on Jimmy Fallon on NBC’s “The Tonight Show” to give a rundown of his daily routine.

The teen also told ESPN he won’t “do anything done with the money,” instead putting in his savings account to go towards his future. 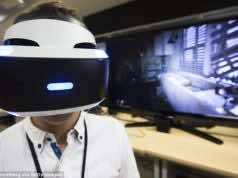