The Spanish national was driving an international transport truck registered in Spain. 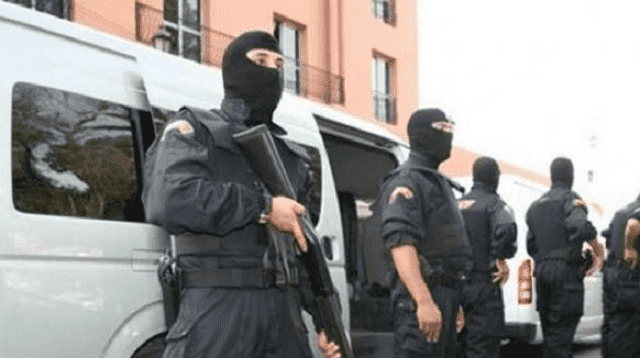 The suspect was driving an international transport truck registered in Spain, according to a statement from the General Directorate of National Security (DGSN).

According to the statement, an irregular migrant was found hiding inside the truck.

DGSN noted that the would-be migrant was very carefully hidden.

The irregular migrant, having difficulty breathing, feared for his life and contacted a family member for help. His family then called the police who managed to identify and stop the truck to rescue the migrant.

Read Also: Morocco Thwarts 40,300 Irregular Migration in First Half of 2019

The investigation into the suspect shows that the Spanish national previously carried out two similar operations, charging MAD 10,000 per person.

The truck driver was collaborating with a second suspect who police believe is responsible for mediating irregular migration operations. The second suspect receives sums of MAD 60,000 per person in return for trafficking services.

Police put the suspect in custody pending further investigation into the incident and any accomplices involved in the irregular migration network.

The operation is part of Morocco’s efforts to combat irregular migration attempts.

Aware of the danger of irregular migration, Morocco has been intensifying efforts to curb the phenomenon in collaboration with Spanish security services.

In July, Moroccan director of migration at the Ministry of Interior Khalid Zerouali said that  irregular migration networks have become “sophisticated.”

Now candidates for illegal immigration are trying to leave from south Casablanca. There are also attempts to reach the Canary Islands” from the coast between Agadir and Dakhla, added the minister.

In his interview with El Pais, Zerouali added that border control “has helped to ease the migratory pressure, but we  must continue to work to strengthen this.”