The judicial police in Casablanca arrested a man posing as a Moroccan intelligence services agent.

Rabat – The Prosecutor’s Office of Ain Sebaâ’s Court of the First Instance in Casablanca ordered the arrest of a Moroccan National for fraud and impersonation. The man pretended to be a senior Moroccan intelligence agent, promising to help send dozens of his victims to the Netherlands.

Pretending to hold close relations with diplomatic officials, he scammed more than a hundred people by extorting sums of money ranging between MAD 50,000 and 60,000 since 2013.

Assabah newspaper reported, in its August 5 issue, that the scammer targeted elderly men in mosques. He approached them after prayer and asked them about the situation of their children after first gaining their trust. When the victims’ children appeared to be unemployed, he persuaded the victims that he could help them emigrate to Europe.

According to the daily, the fake agent offered to help them to emigrate to the Netherlands on the pretext that Dutch authorities pay immigrants based on their level of education. He also promised them that he would intervene with officials at the Dutch Embassy and with Moroccan diplomats to facilitate their departure.

The police arrested the man in a cafe in Casablanca after two victims had filed complaints. The victims had given him MAD 30,000 in advance but were suspicious when he asked for more.

During the investigation, the man continued to claim to be an intelligence services agent and then to be a  police commissioner. Eventually, the man confessed to having been a scammer for several years. 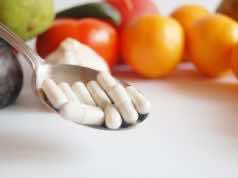